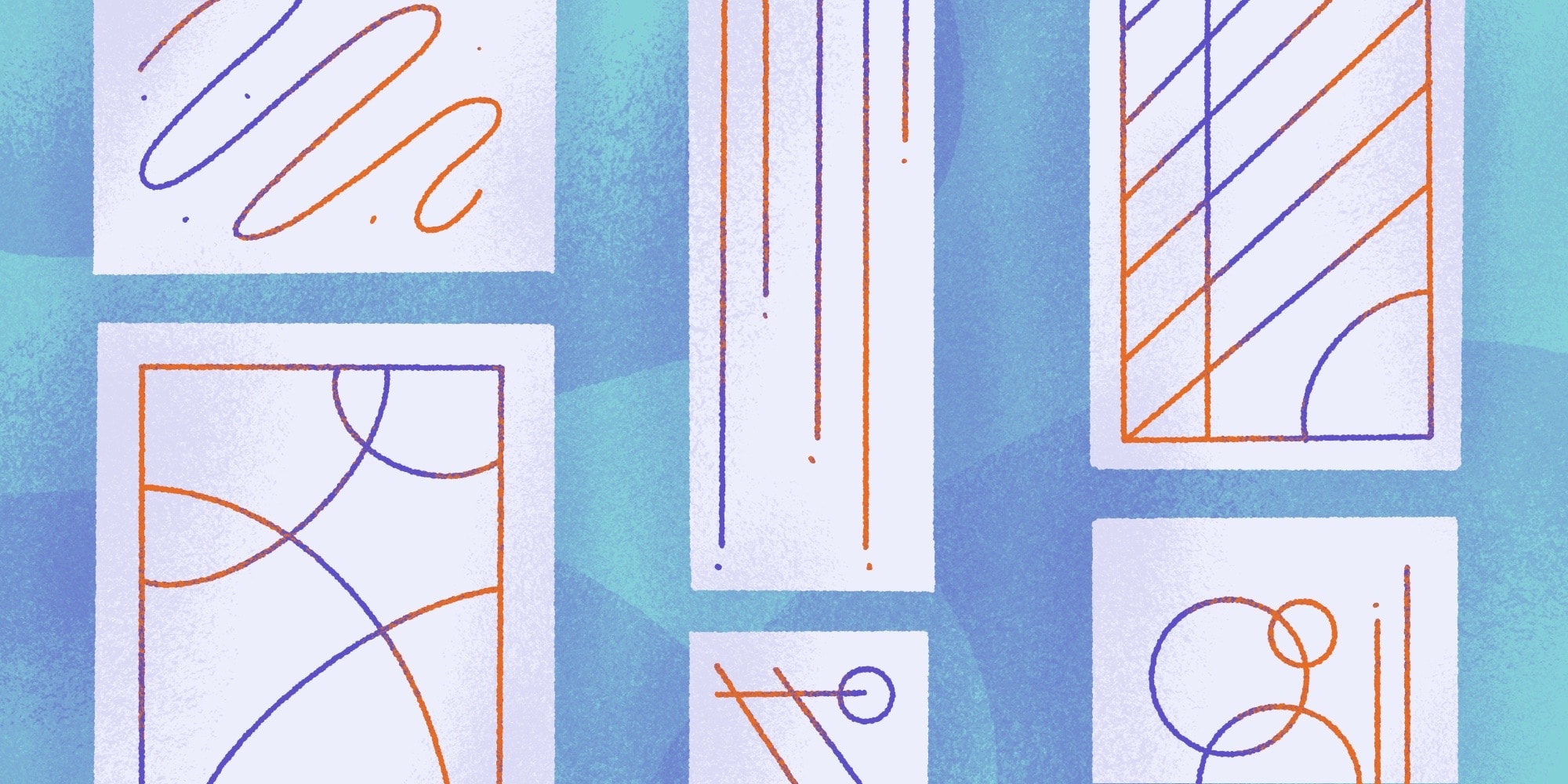 Facebook is a very powerful platform for ecommerce brands looking to advertise their products.

However, anyone who’s tried to create a Facebook ad knows it can be quite difficult to get the right combination of ad copy and creative that will generate massive returns on your ad spend.

We dissected both the ads and their respective campaigns to give you a better idea of what you need to create a great Facebook ad.

Here’s a look at multiple Facebook ads across industries.

Sephora, a makeup and beauty retailer, was looking to boost in-store and online sales during the holiday season. So, they promoted gifting through Facebook ads.

The retailer targeted custom audiences and lookalike audiences in combination with broad interest targeting. The intent was to reach people across the U.S. who were interested in makeup, skincare and beauty products.

Sephora used the canvas ad format to target users with a video ad. The busy nature of the video made it stand out in users’ news feeds and helped improve engagement. The company took advantage of the canvas format to showcase multiple products and promotions, both in the video itself and in the product groups listed below the video.

Since its custom audiences included people who previously visited the Sephora website but hadn’t purchased anything, the brand decided to use the ad to show users the types of products they had previously shown interest in, including various skincare, makeup and beauty products.

After implementing video in Facebook ads, Sephora boosted its ads’ click-through rate by 41%, increased its reach by 30% and generated a 32% higher ROI compared to  previous campaigns.

The brand’s improved results from using video should come as no surprise. In fact, Facebook encourages brands to create video content since videos have the highest engagement rate out of all post types on the platform.

GoSupps.com, an online store specializing in selling nutritional supplements, used Facebook ads to expand its customer base and reach sports and fitness enthusiasts.

The store used a series of ad campaigns designed to improve brand awareness and generate interest, and then show personalized product recommendations that would help drive new customers and sales for the business.

GoSupps.com used its product catalog to create carousel ads that would showcase its product offerings in an appealing way. These ads targeted lookalike audiences consisting of people who expressed interest in fitness and health.

Apart from being highly targeted and personalized, these ads did a lot of other things right.

If you look at the ad above, you’ll see it uses an attention-grabbing image. The color scheme also nicely contrasts the colors of Facebook’s newsfeed, helping the ad stand out. The ad’s copy mentions a number of benefits that come with shopping at GoSupps.com, as well as the product’s price to try to appeal to price-conscious shoppers.

The brand’s Facebook advertising campaigns generated a 400% return on ad spend for the brand, while lowering cost-per-action by as much as 30%.

The beauty brand Philosophy wanted to deliver product samples to potential customers in an effort to boost sales and reduce lead generation costs for its sales promotion campaigns.

The brand ran a two-phase ad campaign on Facebook, using a combination of link ads and lead ads. The brand used lead ads to ask users to request product samples. These ads consisted of an enticing image of the product itself and ad copy that states users needed to tap on the “Sign Up” button to get a free sample.

Once users tapped the button, Facebook displayed a form with its fields automatically filled out with information already included in users’ Facebook profiles. This made it very easy for users to request samples since all they had to do was click a button. The ads targeted women who showed interest in competitor brands.

The second phase of Philosophy’s ad campaign involved using link ads to advertise products offered in the sampling phase. For these ads, the brand decided to retarget the people who requested samples in the first phase, as well as interest and seed audiences.

Philosophy’s campaign generated more than 9,000 leads and a 300% return on ad spend.

The activewear brand Sweaty Betty was looking to find a more cost-effective way to generate customers and sales through Facebook ads.

The brand initially used image and video ads placed in Facebook and Instagram feeds to advertise the brand and its products. While this was generating results, the brand felt that better results were possible.

The brand took advantage of Facebook’s campaign budget optimization feature to optimize its ad spend in the best possible way across different ad sets. The brand focused on value-based lookalike audiences for this campaign in an effort to reach more shoppers that were similar to its top 2% of customers.

The audiences for the campaign consisted of women between the ages of 18 and 60 who were living in the U.S. and Canada. Customers who’d made a purchase in the last 180 days were excluded.

The ad was a video that showcased the brand’s activewear products. The ad copy (and video itself) included an offer that allowed shoppers to get two products at a discounted price. Finally, the brand also added a call-to-action (CTA) in the form of a “Shop Now” button.

The campaign helped Sweaty Betty lower its cost per purchase by 6%, get an 8% lower cost-per-click and allowed the brand to generate sales in a more cost-effective way.

Dorothy Perkins is a U.K. fashion brand that used Facebook ads to boost summer sales for its products. Knowing that a large percentage of customers look for fashion inspiration on Facebook, the brand created a campaign showcasing its products for the summer season.

The brand used a dynamic carousel ad to promote its products. The ad copy let shoppers know the brand was offering up to a 50% discount on particular product categories.

Thanks to the carousel format, Dorothy Perkins was able to show customers the initial and discounted price of each promoted product. This helped grab shoppers’ attention and increase the chances of them clicking on the ad and making a purchase.

The brand targeted women over the age of 25 who had previously visited the website, viewed products or placed one or more products in their shopping cart before abandoning the website. Using automatic placements, the ads ran in a variety of spots across Facebook and its Audience Network.

The ad campaign resulted in a 59% increase in online sales and an 8x incremental return on ad spend.

Joybird is a direct-to-consumer furniture retailer that uses Facebook ads to reach more customers and generate sales. The brand devised a two-phase campaign strategy that aimed to increase brand awareness and boost sales.

The retailer used photo and video ads in carousel and collection formats, showcasing its furniture and décor products. Joybird opted for automatic placements so Facebook’s algorithm could serve the ads in such a way to maximize performance while minimizing costs. The brand also took advantage of campaign budget optimization, ensuring the budget was distributed in the best possible way across all ad sets.

The second phase of Joybird’s ad campaign focused on showing dynamic ads to shoppers who’d previously expressed interest in the brand’s products, as well as to people who’d viewed and interacted with Joybird’s initial ads.

The campaign resulted in a 52% increase in online sales for the brand, as well as a 65% boost in in-store purchases.

The bedding retailer Beddy’s was looking to boost sales for its Memorial Day promotion with the help of Facebook ads.

The brand created an ad campaign that encouraged shoppers to interact with the business through Facebook Messenger in order to get details on its Memorial Day sale. The plan was to engage users further once they started a Messenger conversation.

The retailer created a highly engaging ad for the sale, inviting shoppers to send Beddy’s a message to learn more about it. Once users clicked on the ad, the brand would respond to their message, asking if they’d like to receive a Memorial Day discount code.

Once the promotion was over, the brand sent a sponsored message to all shoppers who interacted with the ad. The message stated that Beddy’s was extending the sale and giving them an additional discount.

The brand achieved excellent results with this campaign, generating a 17.8x return on ad spend and a 300% increase in sales conversion rate.

The brand used a three-phase ad campaign. In the first phase, Combatant Gentlemen was focused on finding new customers with photo, video and dynamic ads.

The second phase involved retargeting users who expressed interest during the first phase, with video ads presented in collection and instant experience formats. In the third phase, Combatant Gentleman used a video ad to showcase the brand’s unboxing experience, which also included testimonials from satisfied customers.

During the campaign, the brand took advantage of campaign budget optimization and automatic placements to get the best possible return on its ad spend.

The campaign helped Combatant Gentleman increase its sales by 200% while lowering the cost per purchase by 20%.

Armoire is a subscription service that offers women the opportunity to rent clothes for a fixed monthly fee. The brand wanted to use Facebook ads to reach more people and generate new subscribers.

The company used a combination of video, photo and GIF ads to promote the service. The ad copy focused on showing how its approach to fashion was environmentally sustainable, while also being affordable and convenient for the modern woman.

The ads were targeted to women who’d shown interest in fashion, sustainability and maternity, as well as those who expressed interest in other clothing rental companies. Custom audiences consisting of people who’d visited the Armoire website or started a trial subscription were also targeted.

Campaign budget optimization and automatic placements were used to maximize results. The ads were displayed in a variety of placements, including the Facebook Audience Network, Facebook Messenger and Instagram.

Two different CTAs were used for the campaign. Ads that targeted new audiences used the “Learn more” CTA, which led to the brand’s homepage; retargeting ads used a “Subscribe” CTA, which led to specific landing pages that were personalized based on users’ shopping interests.

This campaign helped Armoire increase subscriptions by 900% and decrease its customer acquisition costs by 23%.

Boris Mustapic is a writer and content marketing specialist with a decade of experience in the digital marketing industry. Having built his own successful ecommerce business, he likes to share his knowledge with ecommerce enthusiasts. Apart from writing about marketing and ecommerce, Boris also enjoys a good book and a glass of red wine. 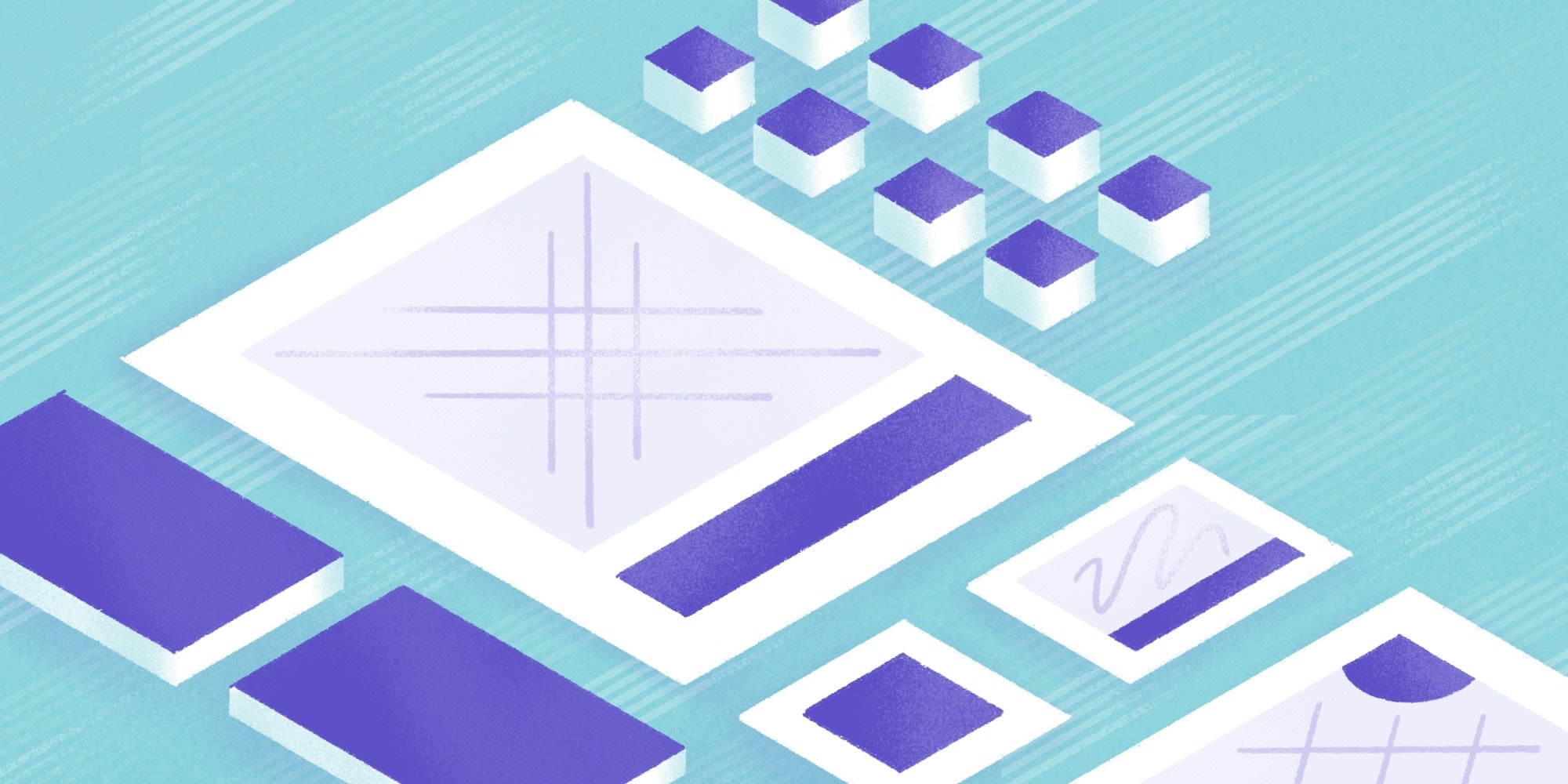 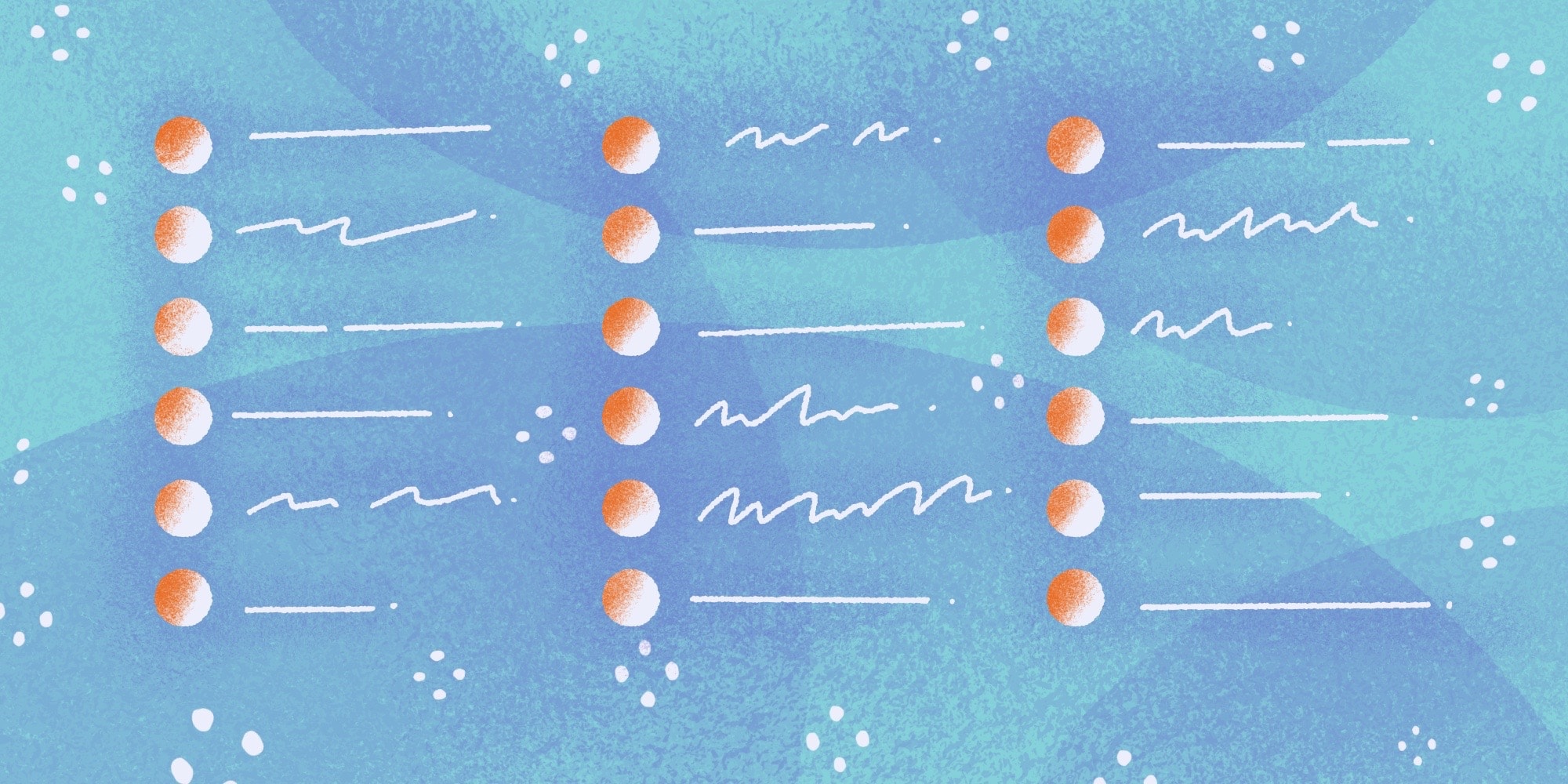 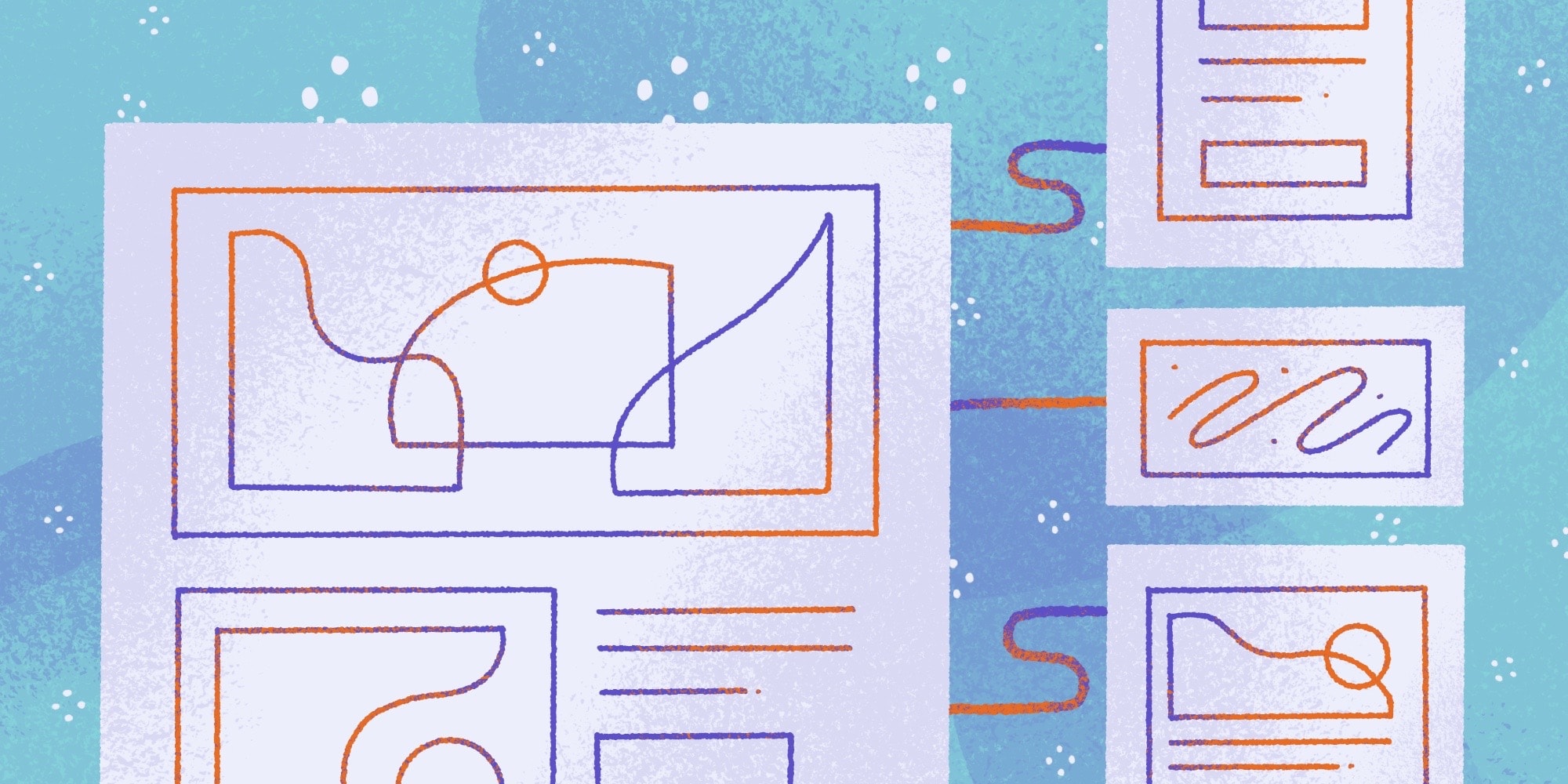 Your Guide to Creating Landing Pages for Facebook Ads