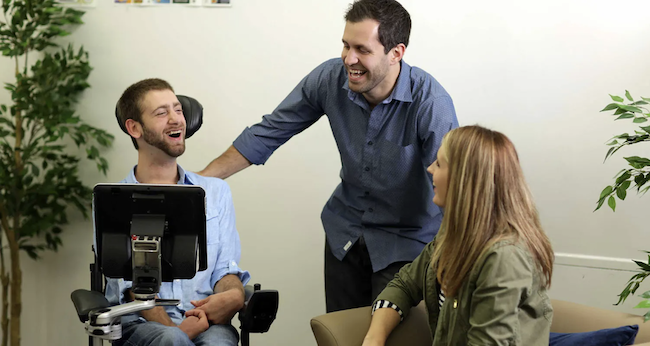 446
pages created in shogun
32
Custom Elements
88
pages created for Boardmaker site
About:
BlueSwitch
BlueSwitch is an agency specializing in software development, ecommerce, digital and social media marketing. Its expert team of developers, designers, project managers and marketing extraordinaires will take your business to another level of success. Tobii Dynavox is a client.
LOCATION:
Pittsburgh, PA
About:
Tobii Dynavox
Tobii Dynavox is the leading global provider of eye tracking enabled and touch-based augmented and alternative communication (AAC) devices. Its goal is to make a real difference by creating solutions that help people communicate with their environment, thereby living a richer and more independent life.
INDUSTRY:
Assistive Technology

Tobii Dynavox is the world leader in assistive technology for communication. The company builds software and hardware to help people with cognitive and physical limitations live richer and more independent lives.

When Tobii Dynavox came to BlueSwitch, the company had a number of common issues that plague growing teams on inflexible content management systems. The team spent a large amount of time making simple content updates because every change required development resources.

BlueSwitch helped the team make the switch to Shogun. The goal was to save time on content and new site launches, and have a more responsive platform that would allow the company to expand faster.

Shogun helped us empower non-technical members of the Tobii Dynavox team, giving them control of content changes and the ability to support more technical questions from the in-house web developers. While using Shogun and the BlueSwitch in-house app Multify, BlueSwitch was able to help the Tobii Dynavox team launch its Boardmaker brand, as well as new sites in Norway and Germany.

Boardmaker provides tools and resources to empower students, educators and therapists, and help them achieve extraordinary results. The team used Shogun to create a number of important pages that highlighted the Boardmaker brand.

With Shogun, the company created over 88 pages to bring the Boardmaker website to life.

The combination of Shogun and BlueSwitch helped lay the framework for Tobii Dynavox to meet a tight deadline for its Canada store launch — as a result, the site launched in just three weeks.

With Shogun, Tobii Dynavox has created a total of 446 pages, along with 32 custom elements to power dynamic content.