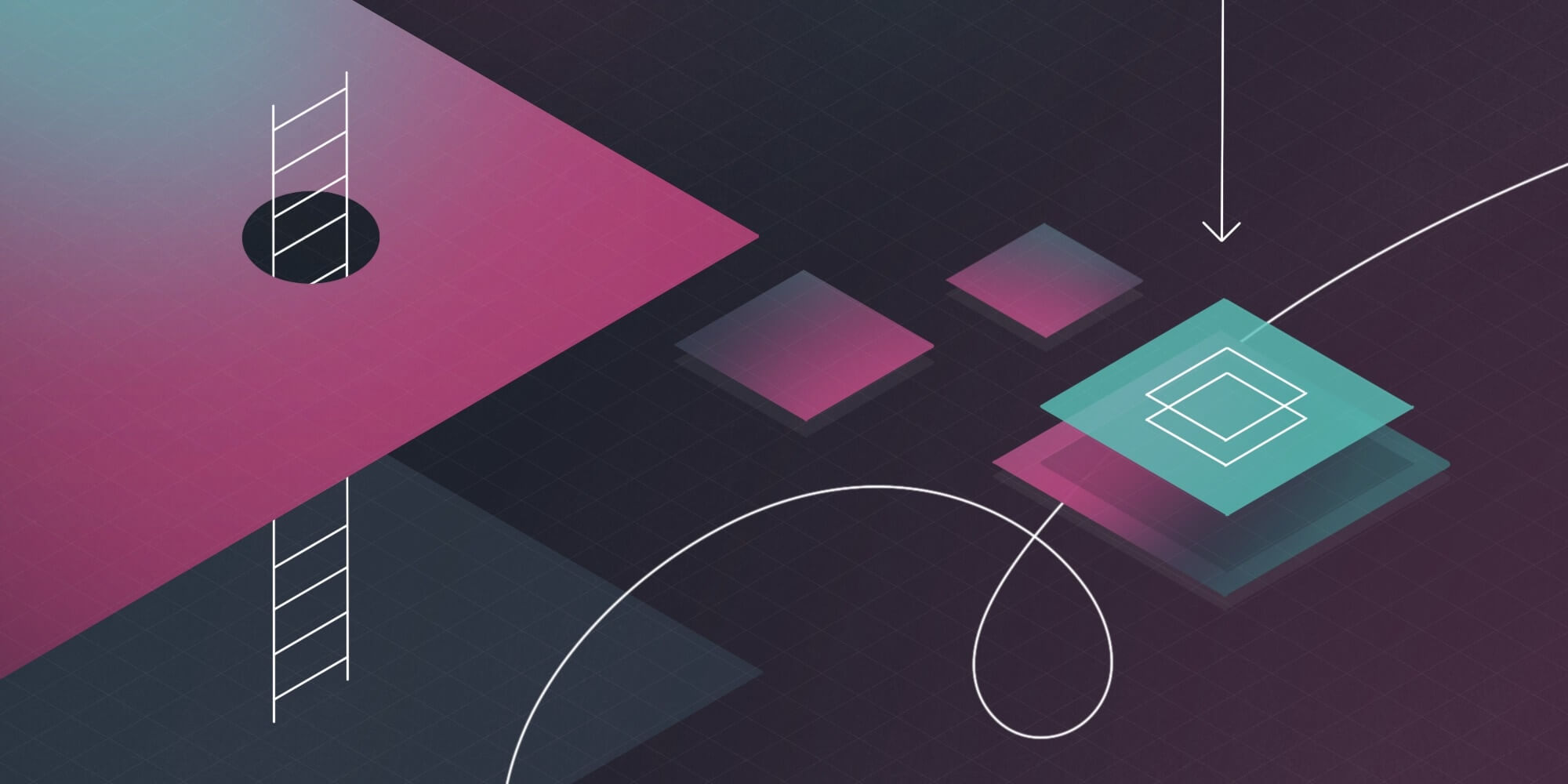 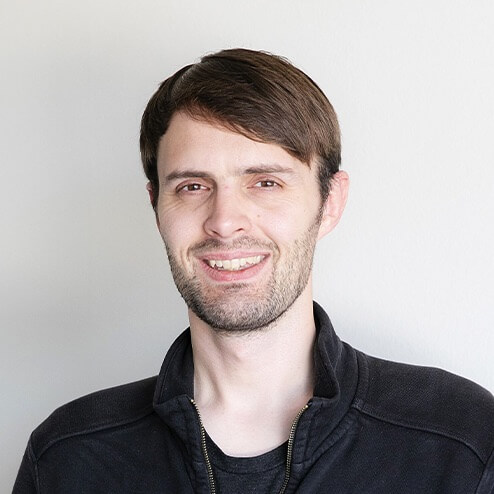 Back to the blog
Get the latest straight to your inbox
Thank you! Your submission has been received!
Oops! Something went wrong while submitting the form.
Share on:

You may have heard that headless commerce isn’t for everyone. And you’re right—it’s not. Headless is a great solution for brands that are scaling. Once your team starts experiencing limitations with a traditional ecommerce platform or an inflexible frontend, you become a great candidate for going headless.

But with all its developer-centric language and tools, it’s understandable if you encounter the headless landscape and think, “Oh wow, this must be for developers.”

Fortunately, headless commerce is not just for developers. It’s becoming more merchant-centric than ever.

Because of the emerging availability of frontend-as-a-service via packaged software, brands that haven’t yet dared dream about it before can more easily launch headless stores and unlock the creative freedom that comes with them.

In fact, at Shogun, we believe democratized headless commerce is the future. And this future includes faster site performance, improved customer experience, and higher revenue.

To better understand why it’s been thought of as developer-centric, let’s walk through the history of headless, where it is now, and how it's evolving. But first...

Why does merchant-centric headless matter for you?

As a director of ecommerce, CMO, or a marketer/merchandiser at a scaling brand, it comes down to time and control. You already have a vision for the promotions and tactics you need to scale your store’s growth, but you may feel trapped by speed of execution.

This can look like heavy reliance on developers for changes to your site, or design restrictions with your current ecommerce platform. You may find it’s not easy to change your site, you can’t achieve the on-brand look you want, or the last holiday came and went before you could get your snazzy promotion live…

With headless commerce, you gain complete control of the frontend presentation layer of your store, while keeping your backend (Shopify, Magento, Salesforce Commerce Cloud, etc.) entirely intact. Ultimately this means that you (yes you!), the formerly constrained business minds among us, can independently create beautifully branded, conversion-driving changes to your ecommerce site in a fraction of the time and on your own terms.

But why has headless been so inaccessible until now?

In the past, companies that wanted a custom frontend to pair with their existing backend platform had to build it bespoke. This meant they had to build the solution piecemeal, from scratch—including all the code and selecting all the vendors for individual parts.

This involved build is less practical for most modern brands because it’s:

The traditional method of bespoke ecommerce storefronts has meant developing your own custom frontend or progressive web app (PWA) from scratch and making all the modular and technical choices along the way. Essentially building your own software.

Many large enterprise companies still invest in bespoke headless solutions for their ecommerce stores. Sometimes it’s the best choice when you have bigger, dedicated development teams who can support it, or if your brand needs oversight over the finite technical details of a frontend’s architecture.

However, the bespoke route set the expectation that headless is expensive. Bespoke builds were, for a while, the only option available to brands, so they set the stage for how merchants interpreted the cost of going headless.

While bespoke isn’t the only option anymore, it’s still pricey to build a frontend this way. When you’re scaling an ecommerce brand, the amount of money for building bespoke may increase the level of risk and investment associated with going headless. More often than not, this has left smaller growing brands feeling that headless commerce simply isn’t for them.

Moreover, because developers typically managed the multiple components and vendors associated with a bespoke/custom frontend build, they naturally became associated with traditional headless commerce. The entire industry started speaking exclusively to this audience.

All the tools for building a headless, bespoke PWA (e.g., headless CMS, middleware, content delivery network, etc.) have been tailored to this development-first audience.

Overall, if you wanted a headless PWA even just two years ago, you needed to build it bespoke, have an internal development team, and a massive budget to support the undertaking.

This is all changing.

Thanks to packaged headless solutions and emerging frontend-as-a-service platforms, we envision a future where brands that would never have been able to build a PWA have access to headless commerce. It’s no longer just for developers—it’s also for (most) scaling merchants.

With frontend-as-a-service platforms, brands can now build headless PWAs in a merchant-centric way. You can break free of the limitations of the traditional bespoke method.

Frontend-as-a-service platforms like Shogun Frontend mean you don't need to piece together all the development parts of a build (or maintain them and their costs). Essentially, you’re no longer burdened by constructing your own tech stack. This new way to build a frontend is vital for scaling brands that:

You get frontend flexibility without worrying about all the complex technical choices. Once you decouple your site’s architecture, you can start to build exceptional ecommerce experiences for your customers (and benefit from the revenue that comes from this decision!).

TheFeed.com’s Ben Kennedy has seen the value of frontend-as-a-service firsthand. As Kennedy says:

“One thing I’d heard before we went headless was ‘Don’t go headless—it’s going to take 2x - 3x the development time to launch something.’ That’s not been the case for us.”

In fact, it was quite the opposite for Kennedy and team—it cut their time in half and offered far fewer concerns than they had when trying to customize generic Shopify themes for their needs:

#cta-mini-fe#Is headless commerce right for your brand? Chat with our team

Going headless with the frontend-as-a-service approach gives merchants, brands, and agencies the freedom to create the exact storefronts they want. Unlike the bespoke method, these platforms are designed with merchants in mind.

As an example, you can use templated components that make the creation of storefronts faster and more customizable than ever before without code.

When your team wants to make changes to your site, you can use pre-designed store sections to create pages on your own. You won’t need to burden developers with feature requests or worry about breaking the site entirely.

Digital agency Form Factory swapped to headless solutions for its clients. Not only did this improve internal workflows, but it also unlocked creative freedom and autonomy.

Overall, the done-for-you bundled software approach lets you focus on what really matters to your business: revenue-driving activities. You can dedicate more of your time to branding across your site, launching new products, and marketing your promotions. This ultimately results in higher conversions and sales, as consumer electronics brand Nomad discovered when it went headless and saw its conversion rate year-over-year grow an impressive 50%.

Now that headless is becoming increasingly merchant-centric, you can switch over more easily than ever, all while reaping the benefits. What awaits you? Faster site speeds, improved customer experience, and more sales.

Headless can still be complex and expensive depending on the nature of the individual build (which is why it’s not for all merchants), but going with a packaged software like Shogun Frontend gives you all the benefits with the least amount of risk and ongoing investment in development.

Here at Shogun we want to help you create the best headless storefront for your brand. If you want to exceed the limits of traditional commerce, let’s talk. 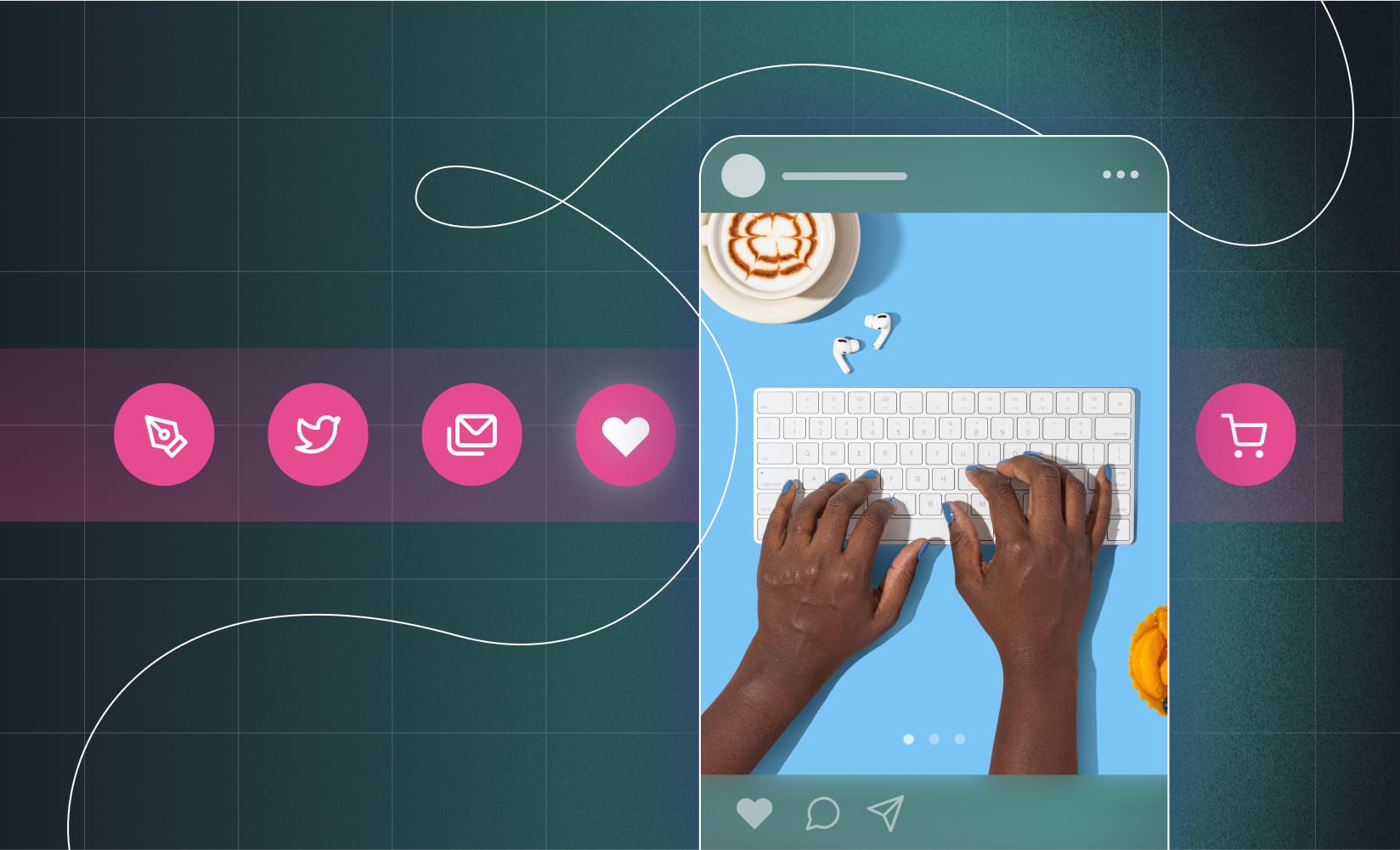 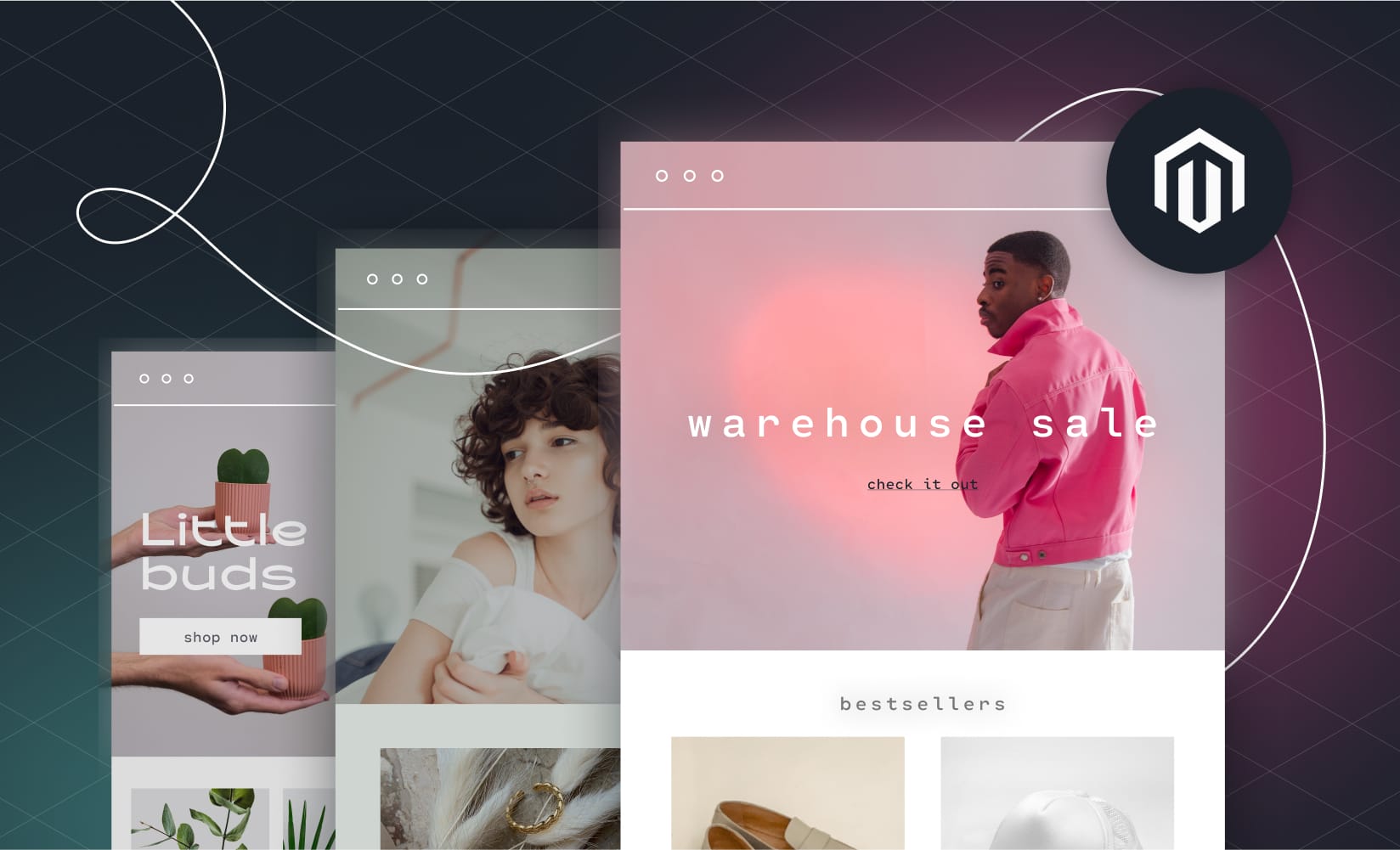 Scaling Your Store
How to Sell Online 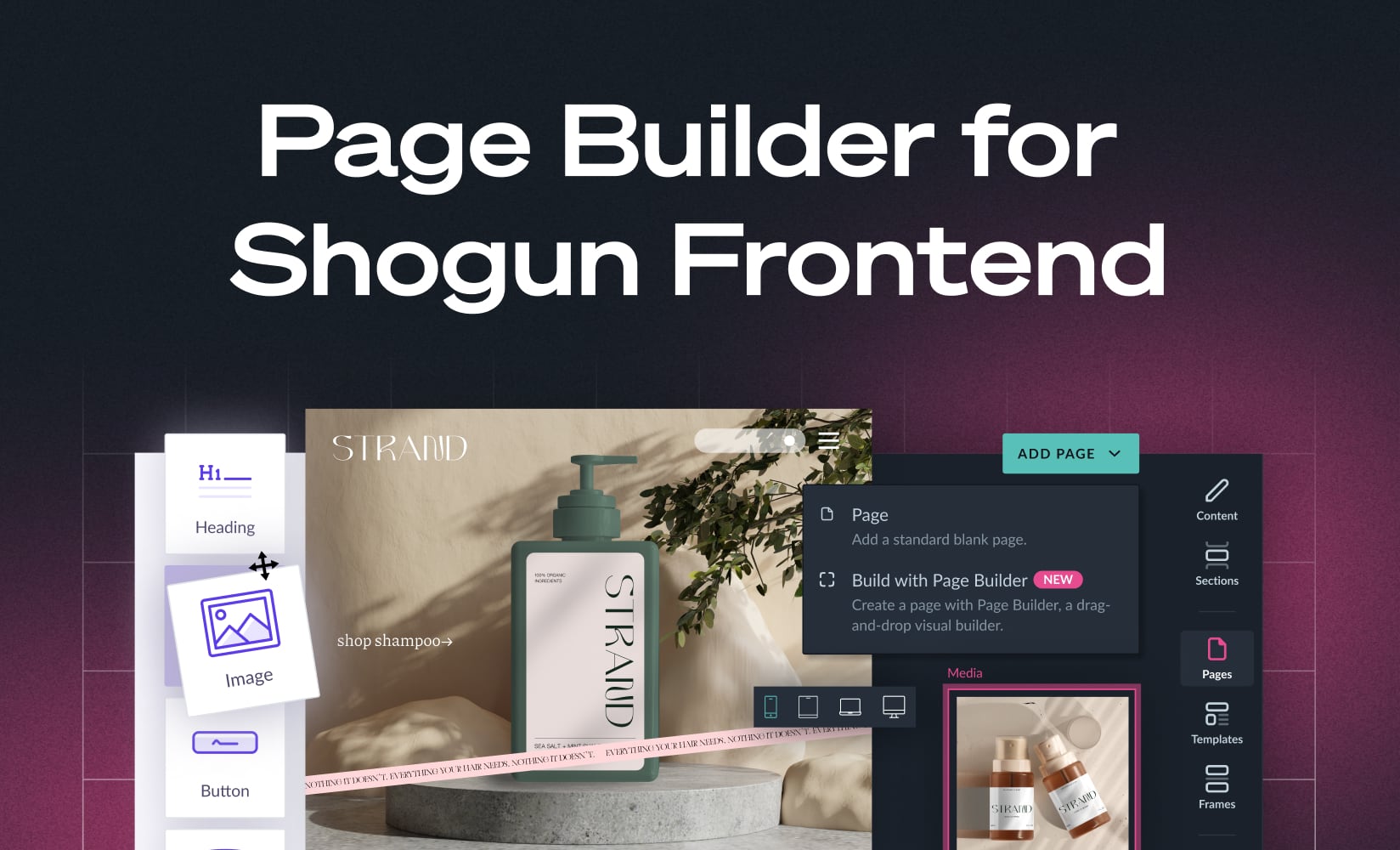