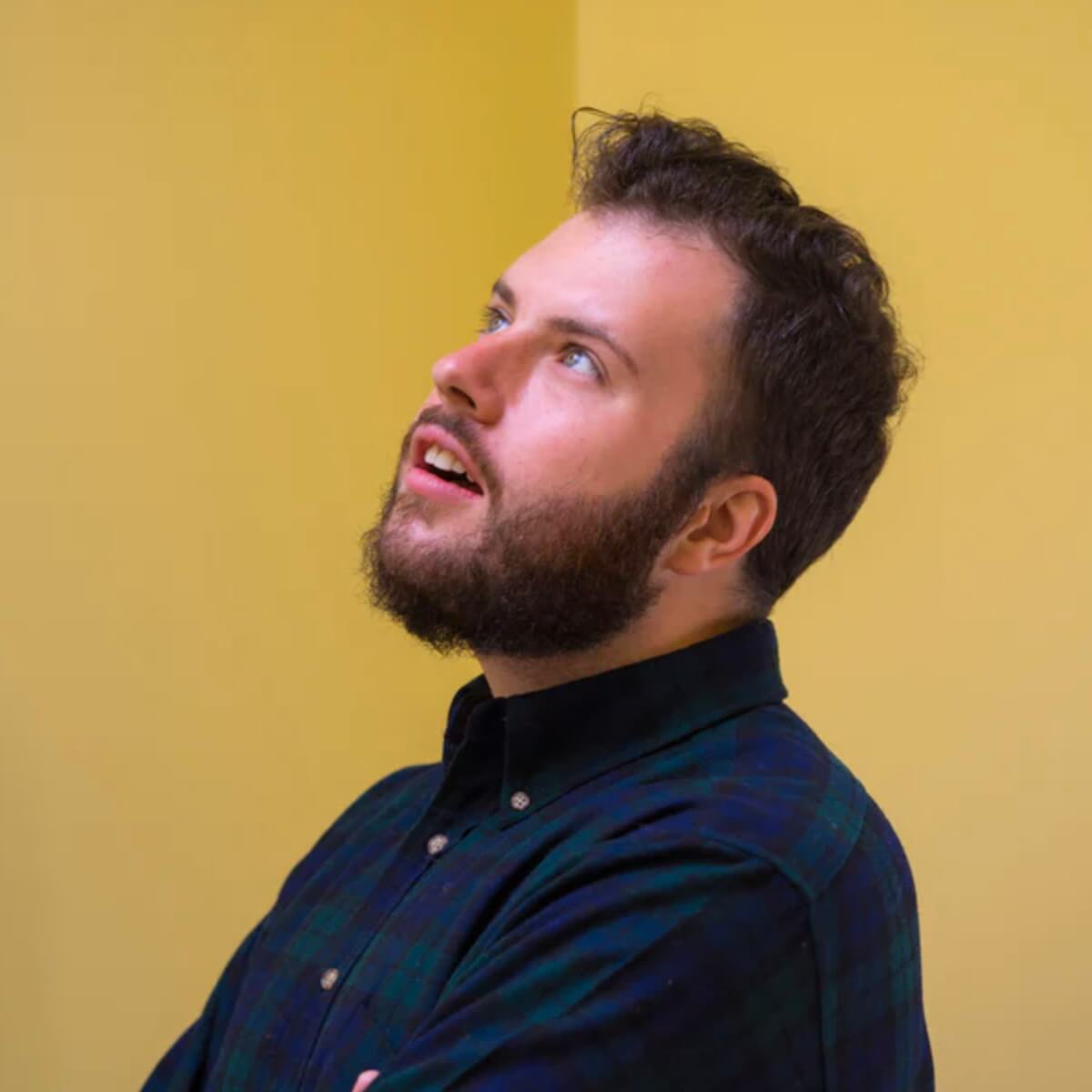 by
Joseph Genest
Get the latest straight to your inbox
Thank you! Your submission has been received!
Oops! Something went wrong while submitting the form.
Share on:

Recommerce has never been hotter in the retail fashion world.

There are a number of different recommerce subsets that have exploded in popularity, including thrift, boutique goods, luxury items and upcycling. Even though reselling goods has been around for a long time, the industry's hitting its stride thanks to the internet and shifting shopping habits.

It’s also blossomed as a practice — buying or selling, or both — that spans everyone from broke college students to millionaires.

Whether it’s your full-time job or side hustle, recommerce could be a good option for potential resellers interested in the market — which is why understanding what it is and where it’s heading are smart moves.

Here’s what you need to know.

Recommerce, also known as reverse commerce, is the model of selling used or previously owned goods.

From thrift stores to high-end luxury boutiques, there’s a whole spectrum of companies that follow a recommerce model. And there are numerous digital marketplaces that have taken resale from brick-and-mortar stores to online operations.

Clothing and secondhand apparel take the largest market share of recommerce, set to reach over $51 billion by 2023. Other popular recommerce sectors include home goods, collectibles and art.

There are a few different sectors within apparel recommerce, including:

Although some shops are raking in millions off this business model, the appeal of recommerce goes beyond money — it’s recycling and repurposing culture, while also improving sustainability in the industry.

Fashion is one of the worst contributors to climate change.

Its impact on our planet has caused cataclysmic damage, responsible for not only 10% of carbon emissions, but also consuming the second-largest amount of water. As a whole, the overall state of the industry is not in a good place, with the rise of “fast fashion” contributing to a new era of excess waste.

Fast Fashion and the Environment

Fast fashion is cheap, quickly made items by brands that usually have short lifespans. Many of us have been guilty of shopping at these retailers for a quick pair of jeans we know will rip in three to six months to save a couple bucks… only to throw them out and buy new ones again.

This trend is universal, with clothing production doubling between 2004 to 2014; the average number of garments someone bought also increased 60% in that timeframe, according to McKinsey.

But we’re not buying more clothes because we want a bigger wardrobe... we’re buying poor quality items that aren’t made to last.

The detriment that fast fashion has had on the industry’s already wasteful footprint has been alarming. It’s why many consumers felt like it was time for a change.

While recycling clothes through boutiques and thrift stores has been around for a while, the recent upsurge in popularity is driven by a couple factors.

First, fashion is an industry that repeats itself — what was trendy a decade or two ago manifests into inspiration for what’s popular now.

Second, fashion has a lot of standards (i.e. denim jackets, black/blue jeans, black dresses, etc.) that never go out of style. The residual effect is certain older brands’ products have since increased in value due to their quality, or there’s been a resurgence in the popularity of that look.

Beyond just investing in quality or trends, a core driver of environmentalism has led fashion fans to get crafty at the thrift store as well, picking up on treasured items others may have overlooked.

The U.S.thrift store industry experienced 2.3% growth between 2014 to 2019. With many staples like denim sometimes lasting longer from Goodwill than fast-fashion outlets, the trend of reselling made it seem like practically anyone could become an entrepreneur. Coupled with the growth of collectibles, the internet age made finding a buyer for what we have (or could find) a cinch.

The Growth of Recommerce Online

An original internet unicorn, eBay is considered one of the first great examples of a peer-to-peer recommerce system, with Craigslist following closely behind.

While Craigslist was good for getting rid of a bookshelf or other knick knacks, eBay was able to attract more passionate communities around collectibles, creating a transparent market for people to see accurate pricing of resold goods. For the first time, everyone had access and opportunity, which brought about new iterations of this popular business model from those who grew up watching it blossom.

The Rise of Social Selling, Vintage Resale and Other Trends

Although boutiques that curate and resell goods have always had a place in cities and college towns, the growth of that type of selection in one place didn’t really start to gain popularity until the rise of Etsy and Instagram.

In the early to mid-2010s, those two platforms set the spark on transforming the potential of selling to niche communities online, enabling people to build massive fan bases from all over the world.

One popular recommerce community that’s grown over the years is streetwear. Stores like Vintage By Round Two utilized Instagram and YouTube to help their buy/sell/trade model gain popularity. This was one of the predecessors to massive multi-sided marketplaces such as StockX and Grailed. And while these communities have a specific lane of recommerce they’re after, the results of growing their bases into the millions have shown how much staying power these groups really have.

Another example of recommerce that took off online: vintage resellers on Etsy.

Although known for custom-made goods from independent stores, this platform is huge for reselling boutique and vintage clothing items. Etsy’s core revenue growth was up over 20% in Q4 of 2019, proving that recommerce in these niche communities is just hitting its stride.

Finally, one big trend that arose from these online communities is upcycling, which can take on a few different forms.

Sometimes it’s taking a vintage or worn-out shirt and screenprinting a new graphic on top of it, while other times it’s using recycled or noteworthy materials to create something new. A big trend in upcycling has been shoes. For instance, Adidas has produced 6 million pairs of recycled shoes using upcycled ocean plastics.

With celebrities and prominent brands taking the lead, this concept is only getting more popular.

Why Recommerce Will Continue to Grow

The recommerce trend is set to continue.

Younger generations tend to be passionate about the environment and sustainability as a whole. As such, recommerce is going to continue to play a prominent role in their consumer decisions. In fact, nearly one-third of Generation Z expects to buy one secondhand clothing item, shoe or accessory in 2020 alone.

While the younger crowd may be driving the trend, a recent study revealed that 56% of people across generations would be willing to pay more for products that are sustainable.

As a result, it wouldn’t be surprising to see more niche companies entering recommerce in creative ways. For example, using more recycled fabrics or taking vintage shirts and reprinting on them to tell a new narrative.

A big part of recommerce is supply and demand. The internet opens up the possibility for something that’s highly sought after in one place to be met by someone somewhere else. If denim jackets are popular in a city but someone in rural Oklahoma knows where there’s a ton at their local Goodwill, being able to create that supply chain to make a profit has never been easier.

Whether you’re an individual or company, you have an opportunity to get involved in recommerce, and start and develop an ecommerce store. Research the market and explore your interests — you could be reselling in no time.

Joseph Genest is a writer based in Richmond, VA, covering culture, technology and branding. In addition to Shogun, his writing has most recently appeared in Highsnobiety. In his spare time, he enjoys riding bikes, listening to vinyl and exploring all that the human palette has to offer… all in that order. 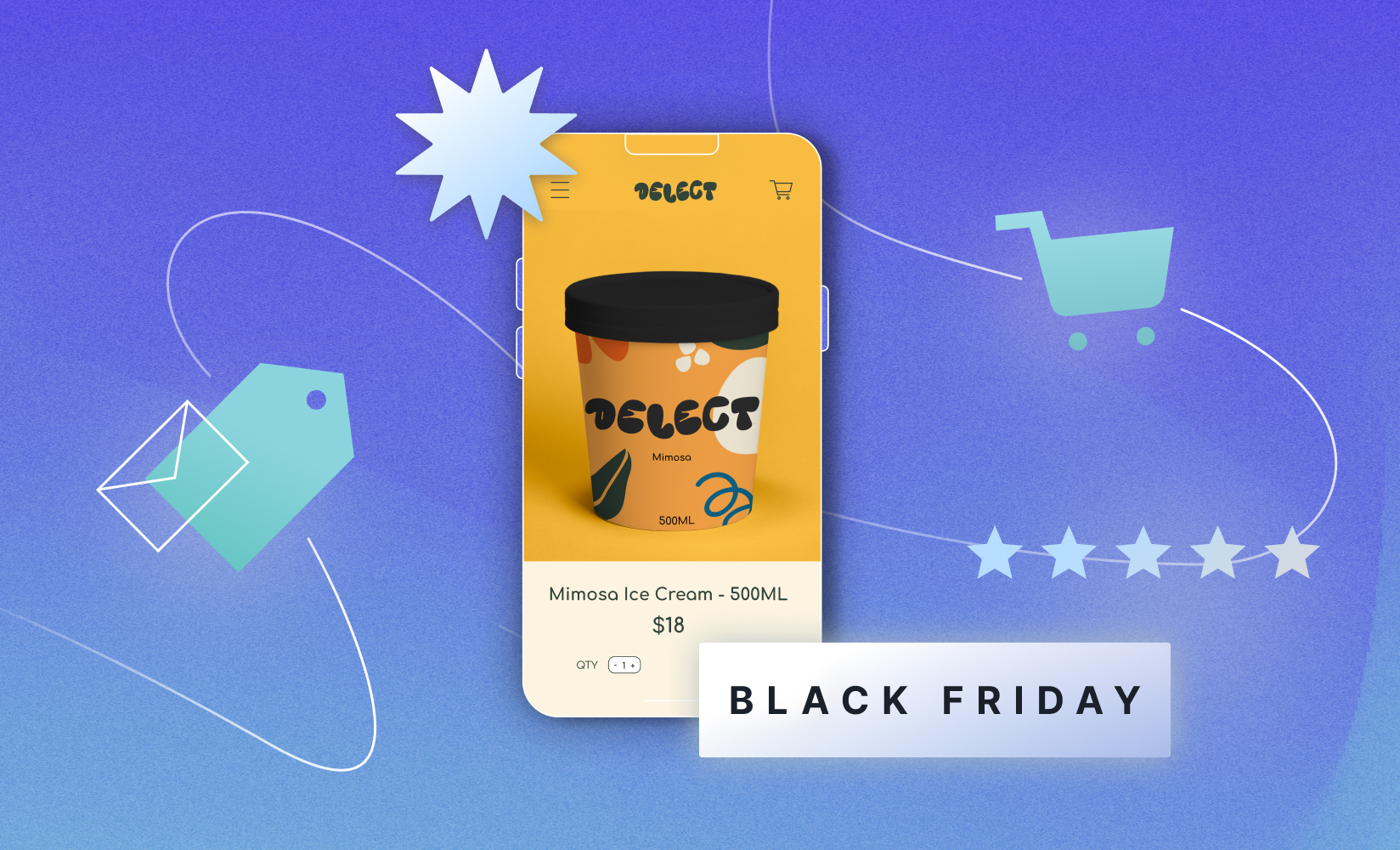 How to Sell Online
Conversion Optimization 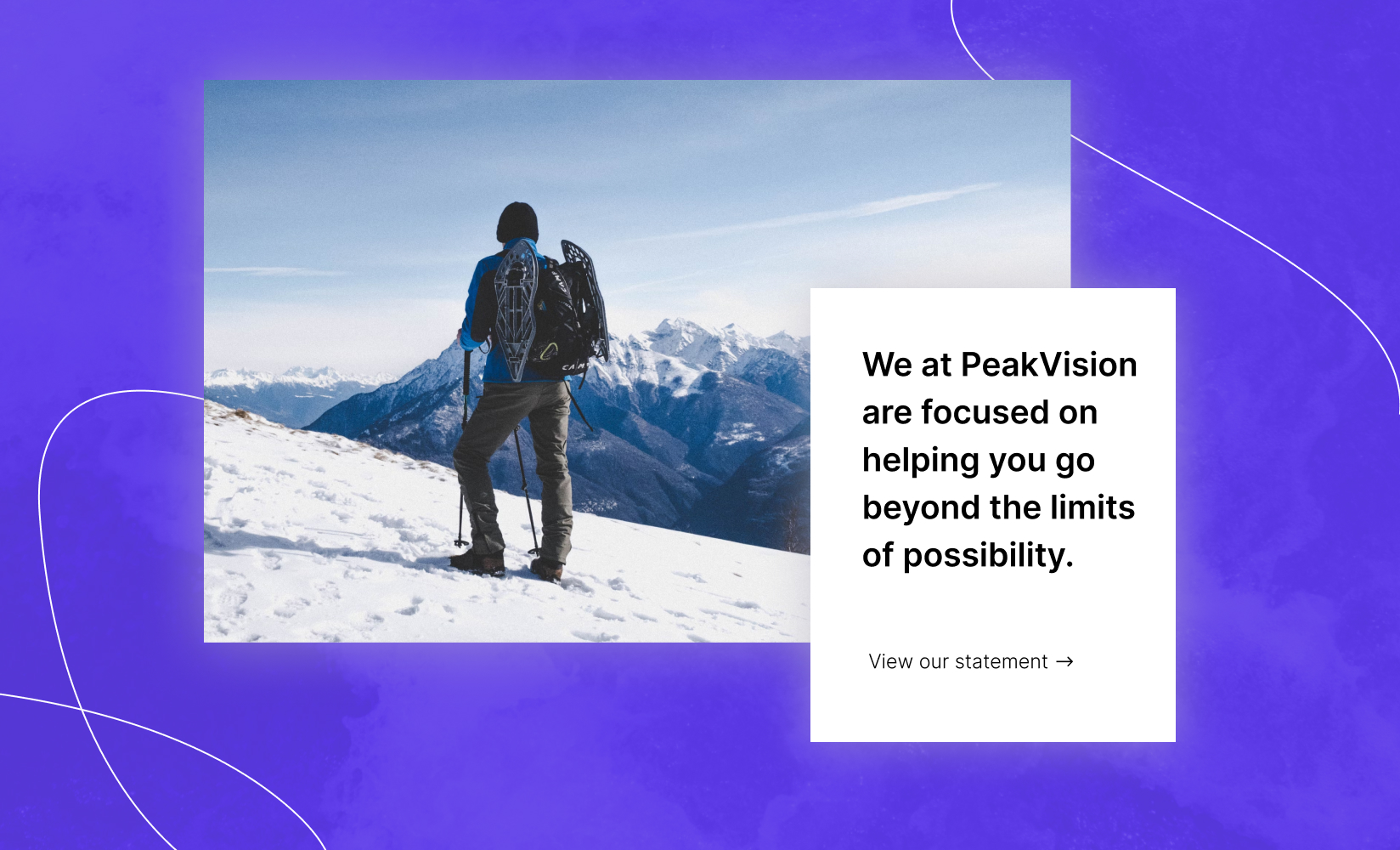 How to Sell Online 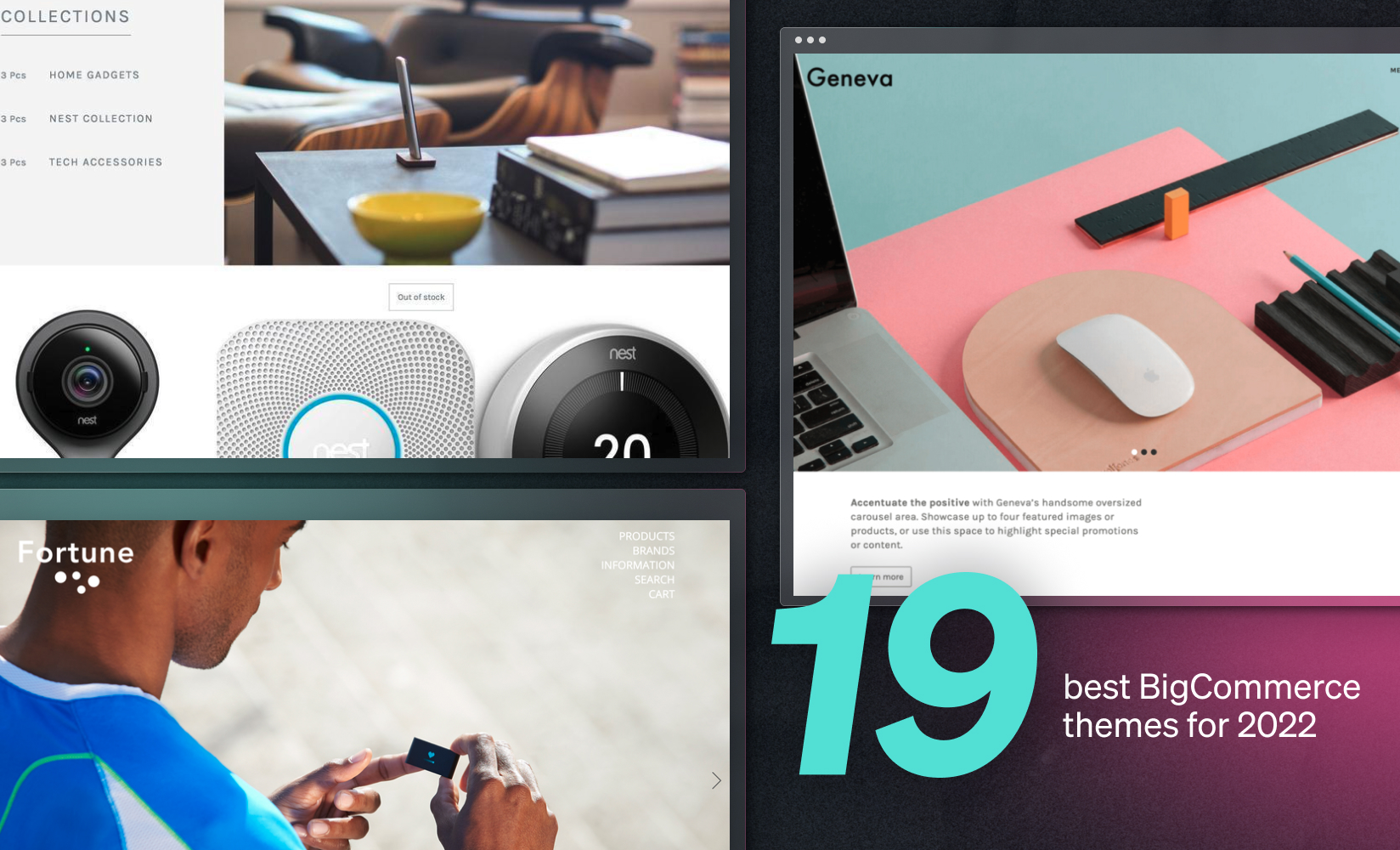