How Off-Price Retailers are Approaching Ecommerce During COVID-19 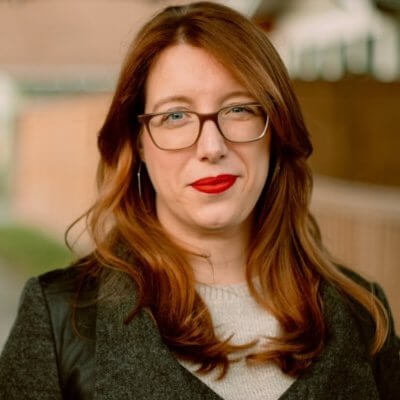 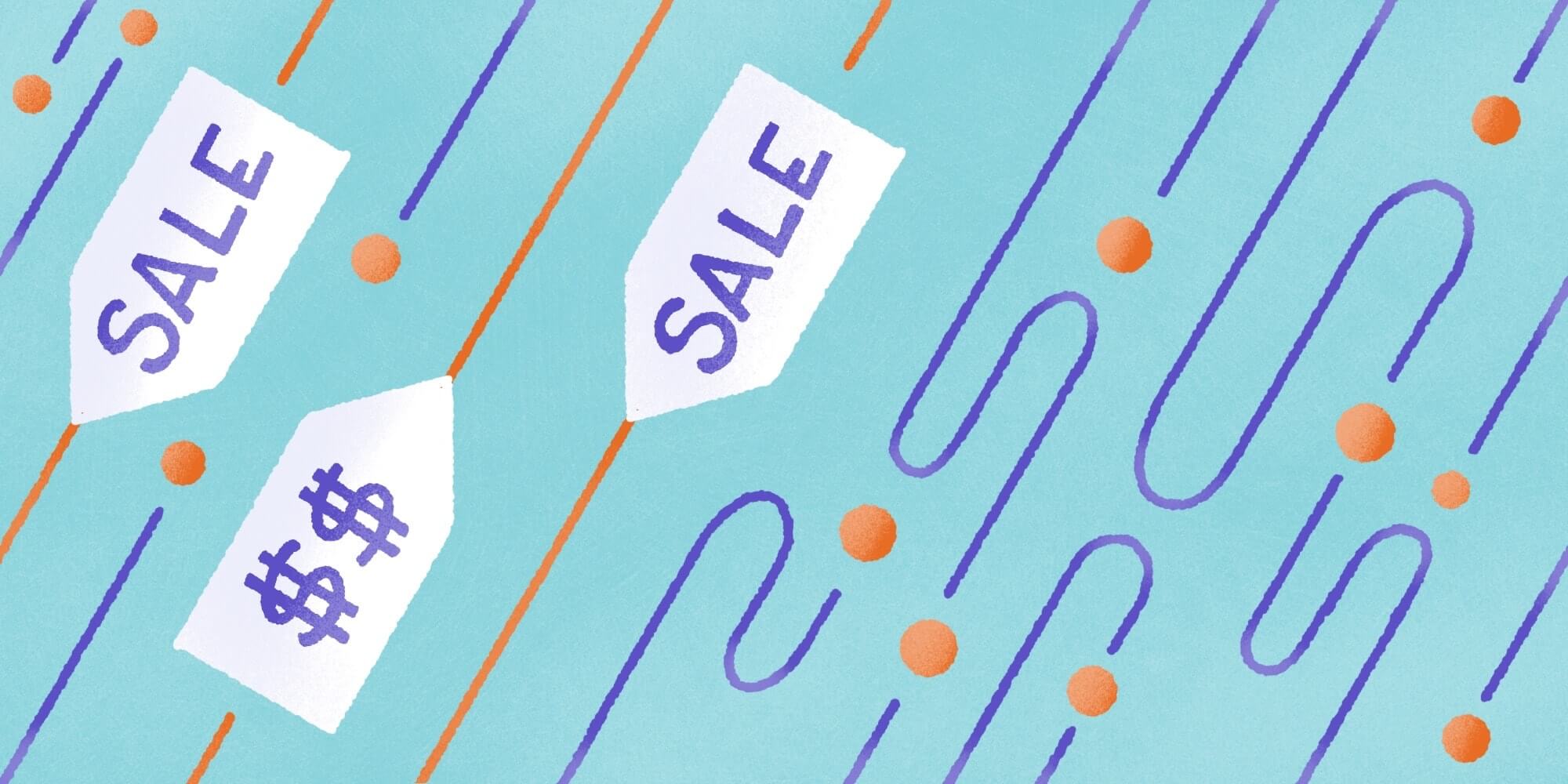 How Off-Price Retailers are Approaching Ecommerce During COVID-19

by
Lisa Rowan
Get the latest straight to your inbox
Thank you! Your submission has been received!
Oops! Something went wrong while submitting the form.
Share on:

On March 5, 2020, Burlington Stores announced the company would sunset its ecommerce operations.

But no one, including O’Sullivan, anticipated a worldwide pandemic would shut down local economies as early as March 16, fewer than two weeks after Burlington made its announcement to shut down its online store.

For an industry that traditionally leans heavier into its physical storefront presence, off-price retail has had to brace itself for a new normal.

A Brief Overview of the Off-Price Retail Industry

Off-price retailers have one primary goal: Buy inventory — typically apparel, shoes and home goods — at a steep discount, then turn around and sell it to consumers at low prices.

While manufacturer’s outlet stores fall under this category, off-price also includes independent retailer chains that carry merchandise from a variety of labels. The product assortment is inconsistent because it relies on manufacturers or department stores to guess incorrectly about what will resonate with customers and then look to liquidate those overruns.

Off-price retailers have been around for a hundred years, but truly took off in the consumer-friendly 1950s, when Marshalls and Zayre stores launched. The sector has been growing ever since.

It’s that inconsistent product assortment that keeps customers coming back again and again, hoping a new bargain will catch their eye. But that’s also what's made the sector rely on discovery through the in-person shopping experience, rather than prioritize its ecommerce capabilities.

How Off-Price Retail Responded to the Pandemic

For many off-price retailers, the economic shutdown required to quell the spreading coronavirus meant shutting down operations completely.

Burlington and Ross Inc. closed all store locations by March 22. TJX Companies, which operates T.J. Maxx/TJ Maxx and Marshalls, among other stores, shut down both physical stores and ecommerce operations between mid-March and May.

These chains have all begun to reopen with social distancing efforts and signage, and with increased cleaning regimens. And the initial reopening response was promising.

For instance, TJX CEO Ernie Herrman noted in the company’s Q1 earnings call that the location of its stores in strip malls and in close proximity to grocery stores offered convenience for shoppers trying to make fewer trips away from their homes.

But first-quarter earnings for off-price retailers got nearly cleaved in half by the pandemic-induced shutdown, according to earnings calls:

As coronavirus cases continue to rise in the U.S., it’s not likely that brick-and-mortar operations will return to normal anytime soon.

Can Off-Price Survive Without Ecommerce?

For the most part, off-price retailers are far from facing dire straits.

Burlington, which originally planned to open 54 net new stores (which accounts for store closures) in fiscal 2020, has reduced its plans, but still intends to open 38 net new stores. TJX said it has enough cash to weather a 50% sales decrease for the rest of the year, according to Scott Goldenberg, senior EVP and CFO, on its Q1 earnings call.

But it’s unclear how these retailers will weather a long-term downturn, spurred by another wave of coronavirus cases or the economic fallout that could accompany it.

“We have no visibility on how quickly consumer demand will recover and the impact this will have on store traffic,” said Travis Marquette, group senior vice president and CFO at Ross, on the company’s Q1 earnings call.

Jen Redding, senior analyst, equity research at Wedbush Securities, said that retailers that quickly began offering curbside pickup and using physical store locations as warehouses pivoted well during the pandemic. That puts them in a better position to handle conditions that may fluctuate in the coming months.

“Retailers who have done the most work on curbside and stores-as-warehouses will be best positioned to weather a second wind,” she said.

Redding doesn’t see off-price expanding its ecommerce options after the pandemic, which could eventually put it at a disadvantage.

For reference, TJMaxx.com has been around since 2013. Marshalls began offering online shopping in September 2019. Ross, which was previously led by O’Sullivan, Burlington’s current CEO, has never offered ecommerce.

“Everybody loves off-price. And off-price has never failed. They nail it every time,” she said, noting the success of off-price retail in the wake of the Great Recession. “But if the pandemic does come back, that sector will have a harder time. The rest of retail has been prepping online for the worst-case scenario."

Even TJX admits that only 2% of its sales come from ecommerce. But CEO Herrman mused that more customers may discover its ecommerce sites following the pandemic, which could also drive additional in-store visits. For instance, he said on the company’s Q1 earnings call that the majority of returns from its online sites are completed at physical stores.

On the March 5 call with investors, O’Sullivan mentioned the difficulties of matching the in-person experience of shopping at these types of retailers on the web. He explained there are “very significant constraints on recreating the off-price treasure hunt in an online environment.”

Castelán said that it can be difficult to replicate the sense of discovery because so much of the ecommerce shopping journey is driven by search.

“The core value proposition for most customers is speed and convenience,” he said. On top of that, Castelán said that listing name-brand items on an off-price website could dilute the full-price value for those brands.

But Steve Dennis, retail consultant and the author of “Remarkable Retail,” bristles at the notion that this sense of discovery can’t be supported online.

The data supports this.

The Halo Effect: How Brick-and-Mortar and Online Retail Work Together

Most customer journeys start online now, even if it’s just to check store hours before shopping in person. And that customer may participate in in-store and online activities during varying points in their relationship with a brand.

A 2019 study from the International Council of Shopping Centers showed that physical stores give online sales a boost, and vice-versa. It’s called the halo effect.

That halo effect has been increasing annually: Based on that initial $100 purchase, ICSC saw a $29 spending increase from online to in-store over three years.

“You have to think about total customer profitability and about pulling your marketing levers to your best advantage,” Dennis said. “If you don’t participate [online], you lose the chance to make a sale and acquire a customer.”

What’s Next in the “New Normal”

Redding wonders what will happen after the initial rush of shoppers calms down. That first onslaught of buying, she said, was funded by the distribution of stimulus checks. But retail has slowed down since then.

The Fourth of July weekend, for example — usually a big shopping weekend — was slow for retailers, Redding noted. “The party is not going to last forever,” she said.

Dennis said that although the off-price sector is quite profitable, it’s worth watching whether investors will start pressuring for more ecommerce if physical shopping continues to face COVID-related challenges. “[Retailers] are smart enough to investigate a range of options,” Dennis said, “But developing these capabilities is not trivial.”

He argued that customers familiar with the off-price space will know not to expect the same assortment from those ecommerce sites as they would from, say, a department store.

But some brands are leaning into the challenge. Here are five ways off-price retailers can recreate the treasure hunt experience online:

‍Setting up a strong ecommerce presence — with the logistics to match — is no small undertaking. But, there’s always room for a retailer to change its mind.

As of August 2020, Burlington’s homepage included a message that it was “Reimagining the future of our website experience, with new tools and inspiration to support your shopping at Burlington.”

Lisa Rowan covers personal finance, business and retail. Her writing has been featured in Forbes, Retail Dive and Lifehacker, among others. She also cohosts Pop Fashion, a weekly podcast about the business of fashion and style. 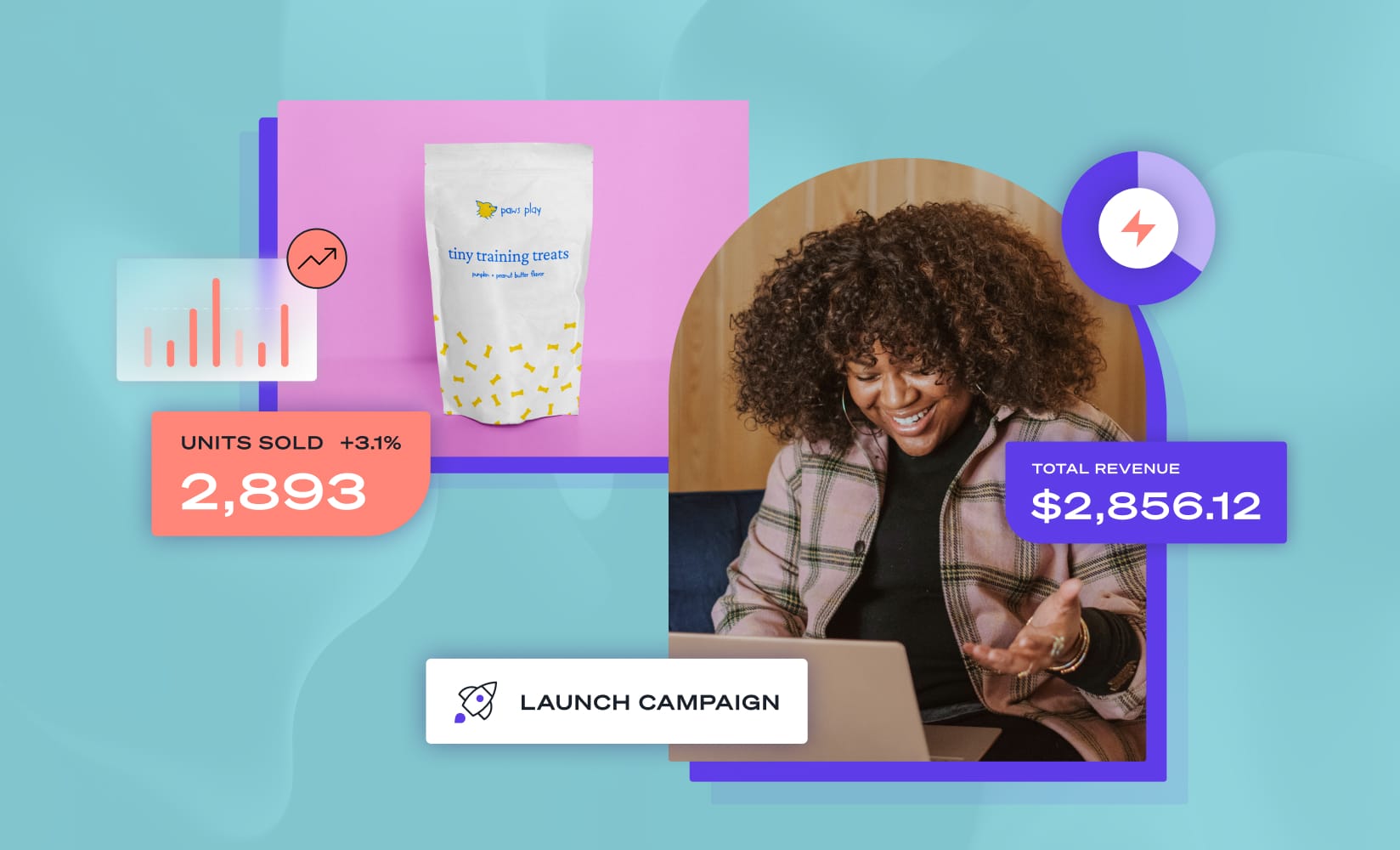 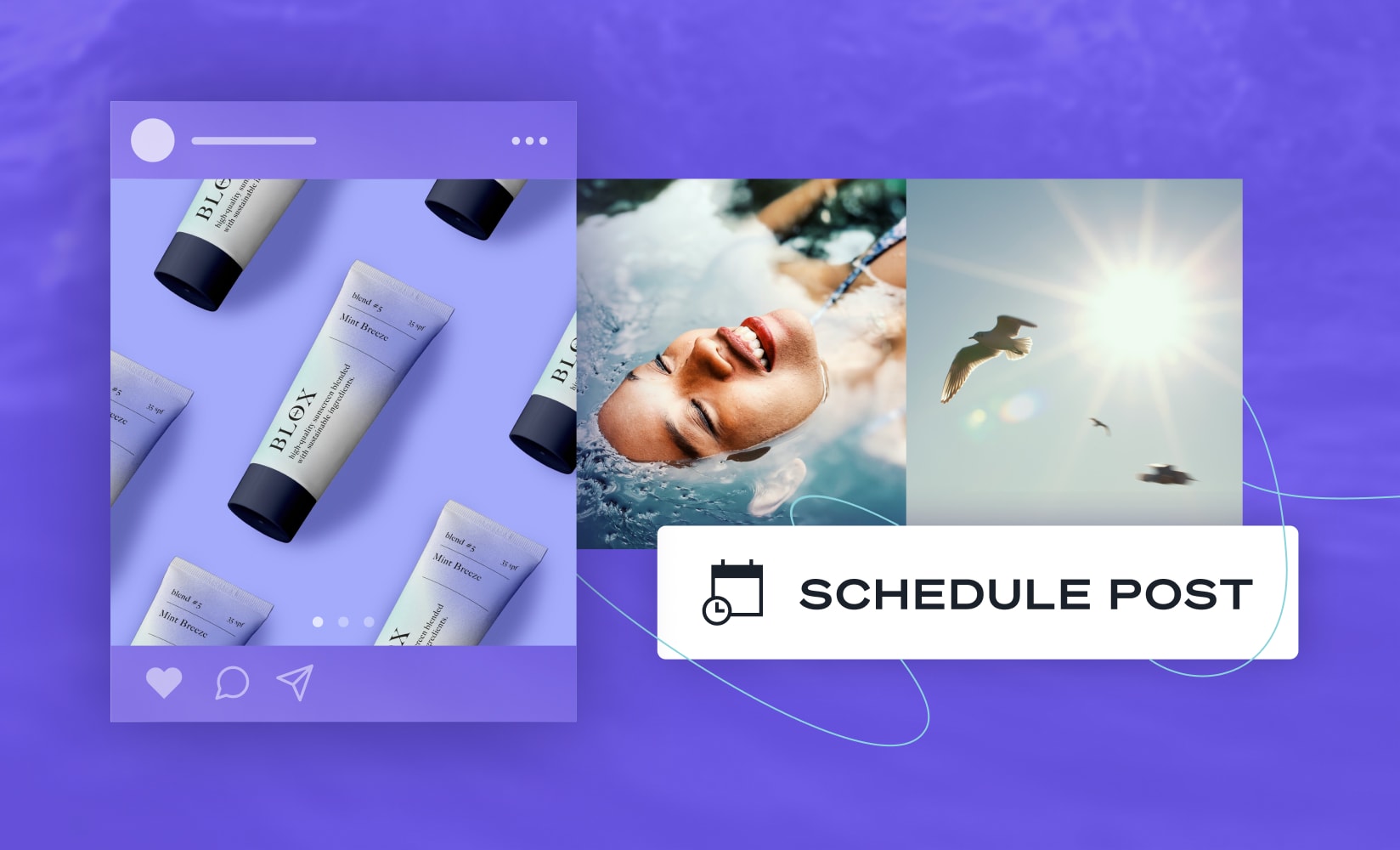 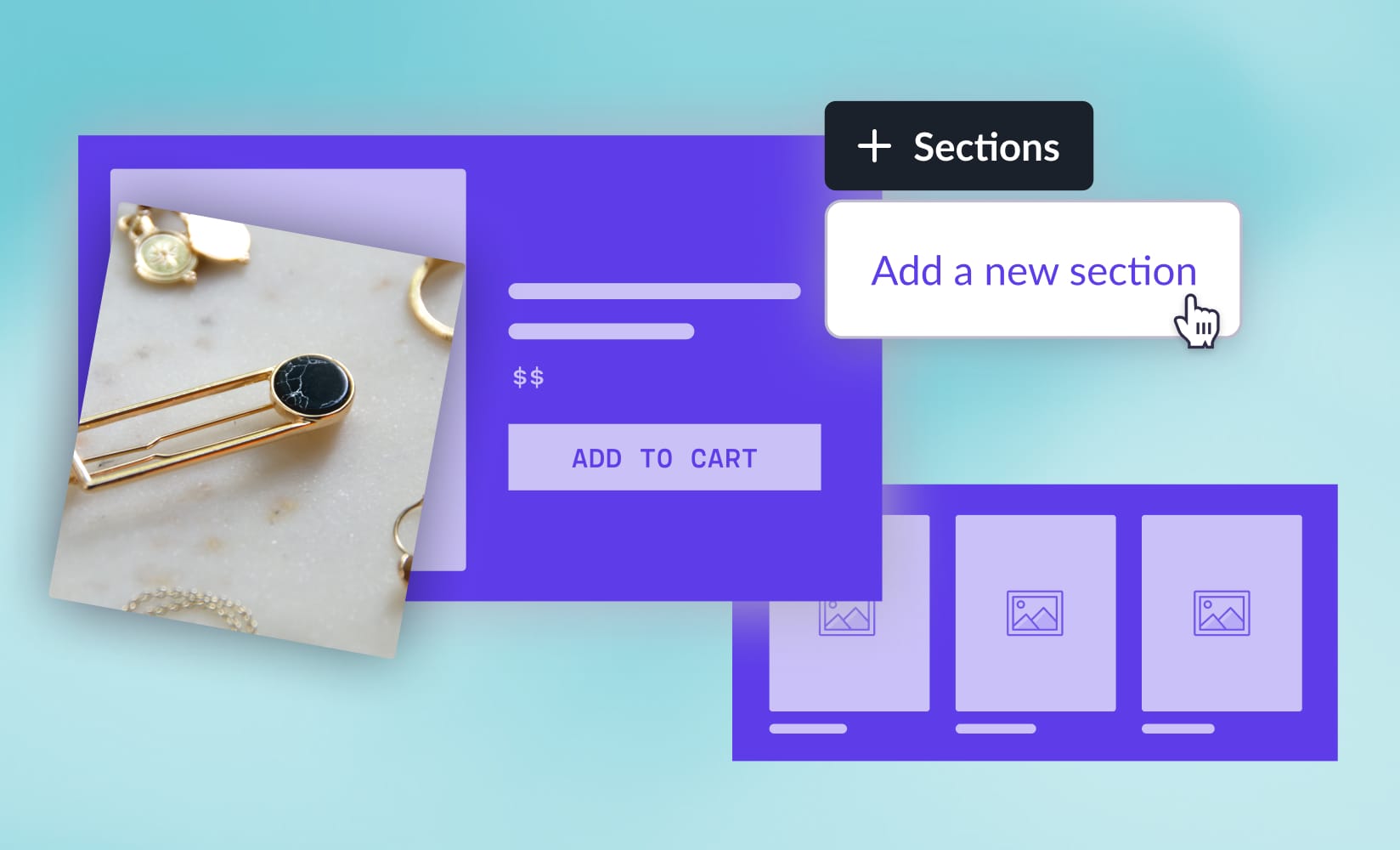 Shopify Sections: What They Are & How to Add Them to Your Store