Amazon Prime Day 2021: How to Prep Your Ecommerce Store 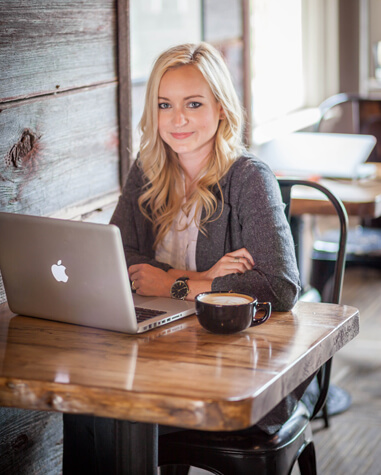 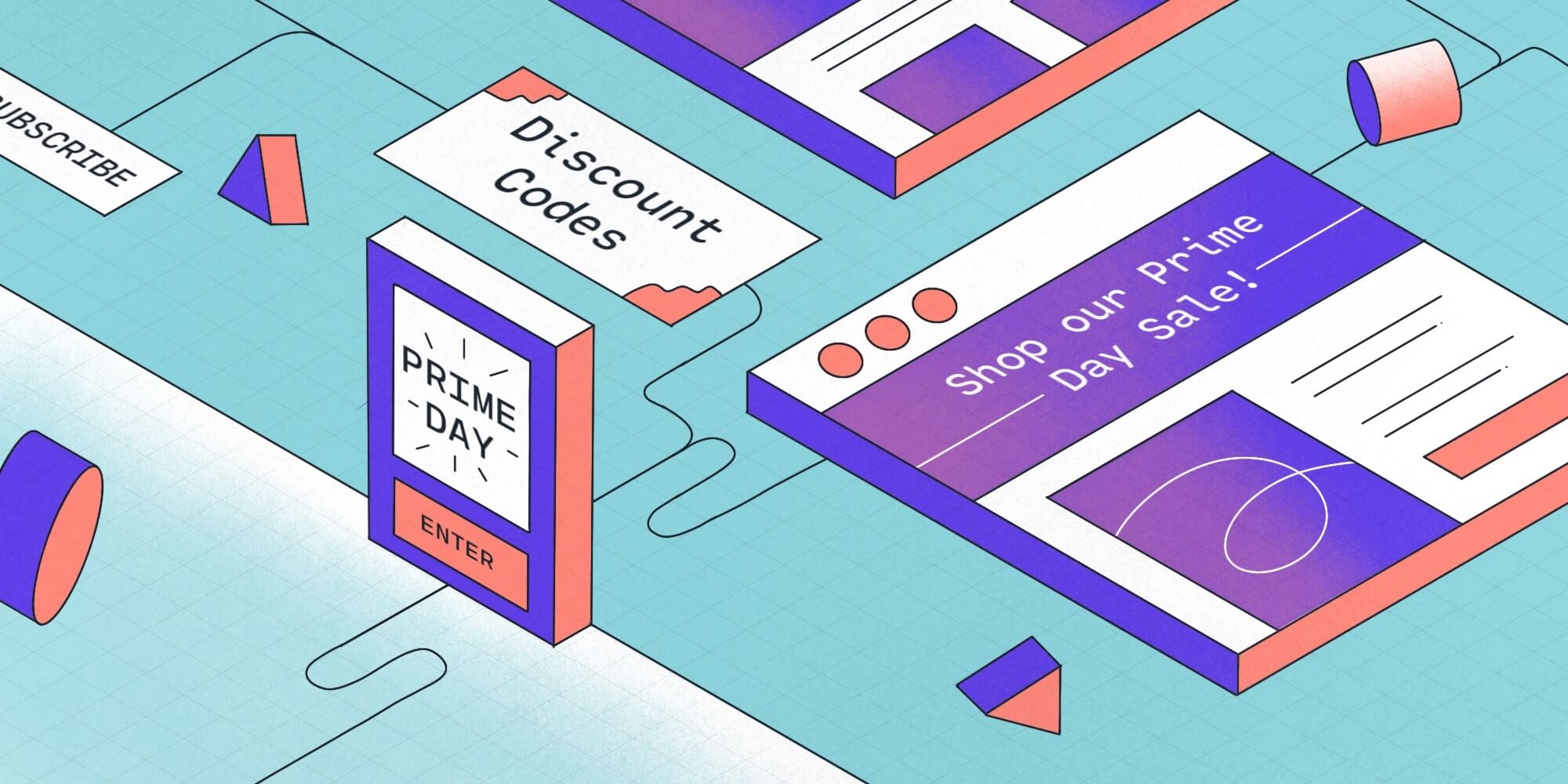 Amazon Prime Day 2021: How to Prep Your Ecommerce Store

by
Kaleigh Moore
Get the latest straight to your inbox
Thank you! Your submission has been received!
Oops! Something went wrong while submitting the form.
Share on:

There are three things you need to know about Amazon Prime Day. It moves inventory, it moves fast — and this year, Amazon moved it up.

But you don’t have to sell on Amazon to have Prime Day act like rocket fuel for your direct-to-consumer store. You only need to know how to position your store’s offers to leverage shoppers’ excitement.

Amazon released a press release on June 2nd stating that Prime Day 2021 will happen on June 21 - 22, giving brands about two and a half weeks to prepare.

Similar to Prime Day 2019 and 2020, this year’s sale will span two consecutive days and offer 2 million deals across each department.

Why such short notice? Amazon may want to keep us on our toes. Their own Prime Day page prompts people to ask: “Alexa, keep me updated on Prime Day.”

We’ve gotten used to the idea that Black Friday is the same time every year, always the day after Thanksgiving. But Amazon keeps things less predictable. While it started as an anniversary of Amazon’s founding in mid-July, during the pandemic Amazon switched Prime Day to autumn before once again reshuffling it up to June for this year.

But, there’s no need to panic about the quick turnaround. The critical question isn’t so much when it is, or even what you’ll sell. It’s why your store needs to be ready, and how to best prepare.

Why bother with Amazon Prime Day?

If you sell products on Amazon, this is simple. Shoppers will have their wallets out and their clicking fingers in position. A smart Amazon seller will prep accordingly.

But what if you’re not yet selling on Amazon directly?

No worries, you can still take advantage!

Amazon Prime Day is such a potent market-mover that it spills over to the rest of the Internet. Experts have dubbed this the “Prime Day Halo Effect.”

It’s both real and measurable. According to Digital Commerce 360, ecommerce stores outside of Amazon still noticed the following on Prime Days:

That leaves one question: how can an off-Amazon retailer capitalize? According to Megan Barry, the best way is simply to recognize Prime Day’s relevance and position your next store promotion accordingly:

“Merchants who don't sell on Amazon can capitalize on consumers' increasing desire to shop from independent brands. By explicitly putting your sales/promotions on Prime Day, you can drive consumer spending to your store vs. Amazon. You can leverage messaging around supporting small businesses or even an ‘anti-Prime Day’."

Working on the Amazon platform

Even with the halo effect doing wonders for non-Amazon retailers, Amazon Prime Day 2021 is a stellar platform for growth.

There are now over 200 million Prime members across 19 countries. And 500,000 small and medium-sized businesses are already on Amazon.

There’s enough participation in Prime Day, you can think of it as a miniature Black Friday.

While the sales revenue primarily benefits Amazon, small and medium businesses do just as well: third-party sellers reported $3.5 billion worldwide thanks to Prime Day in 2020, an increase of 60% over the previous year.

Take the example of Furbo, the dog camera. Though the company only started selling on Amazon in 2016, a “spotlight deal” placement on Prime Day gave the company jet fuel. Within a year, they were the top-selling pet camera in the world. On Prime Day, they saw sales increases of 500x their daily average. And they’re still growing, expecting 70% year-over-year growth heading into 2021.

Interested in starting to sell on Amazon ahead of Prime Day?
Check out our "Shopify to Amazon" guide for brands with existing Shopify stores.

Whether or not your company will be selling on Amazon on Prime Day, it doesn’t hurt to know what sells. The more you know the trends, the more you can leverage your own deals in these ecommerce verticals and receive potential boosts from the Amazon halo effect.

Here’s what often sells, if the recent past is any indication:

If these trends overlap with your store...

Remember Amazon can be a friend just as much as it can be a competitor. It may be time to consider steep discounts when possible to either beat out Prime Day or divert some Prime Day traffic your way.

Customers will be on the hunt for what you sell. Consider creating new bundles that help create discounts on some of these products. Or run a flash sale on these items after Amazon Prime Day for anyone who feels like they missed out. Consider boosting ad spend on electronics, appliances, and personal care to catch some of the traffic that would otherwise go Amazon’s way. (More on this later.)

What’s trendy with Amazon Prime Day is that customers know they don’t have to go to Amazon to find sales. Shopify-based and independent DTC stores are happy to position their sales to coincide with the spikes in traffic.

Especially when customers are already in “must-shop-now” mode.

How to prep your store for Amazon Prime Day

90% of consumers say free shipping is a top incentive for their buying decisions. It’s especially important for Prime members, where two-day shipping is a major selling point. Seeing your $4.99 shipping fees can inevitably be a disappointment.

Do what you can to minimize that effect.

How? First, it pays to offer two-day shipping when possible. This usually means you have to pay a premium. Shopify recommends limiting your offerings to store members, or making them after a minimum order value. They also feature a calculator for figuring out when the cost of two-day shipping will be well worth the additional sales you make.

If you do offer free shipping, advertise it. Consider a badge that highlights your two-day offerings, especially if it incentivizes a minimum order value.

“Combined with free shipping, this can be a big needle-mover for you,” said Amanda Natividad, Head of Content at ShipBob. For example, offering a free shipping threshold that’s 10-20% higher than your average order value (AOV) can make the investment worth it.

According to Natividad, ShipBob’s customers have seen an 18% reduction in cart abandonment and a 97% increase in AOV while offering free two-day shipping. It’s worth the investment.

One reason people flock to Prime Day and Black Friday isn’t because they always have a specific product in mind.

It’s the exciting concept of a deal that attracts them.

Flash and lightning sales are perfect for customers who are already in deal-hunting mode. And since there can be substantial fees in creating your own flash sale on Amazon, this can be even more profitable on your own. Consider cashing in on the halo effect by offering the following:

“Teaching your customers to anticipate these super sales (and being disciplined about other discounting) will — I believe —garner the same excitement or more, since presumably it’s excitement and brand loyalty coming together…which Amazon likely won’t have anytime soon. The issue is — it takes awhile to take up that much space in your customers’ minds.” 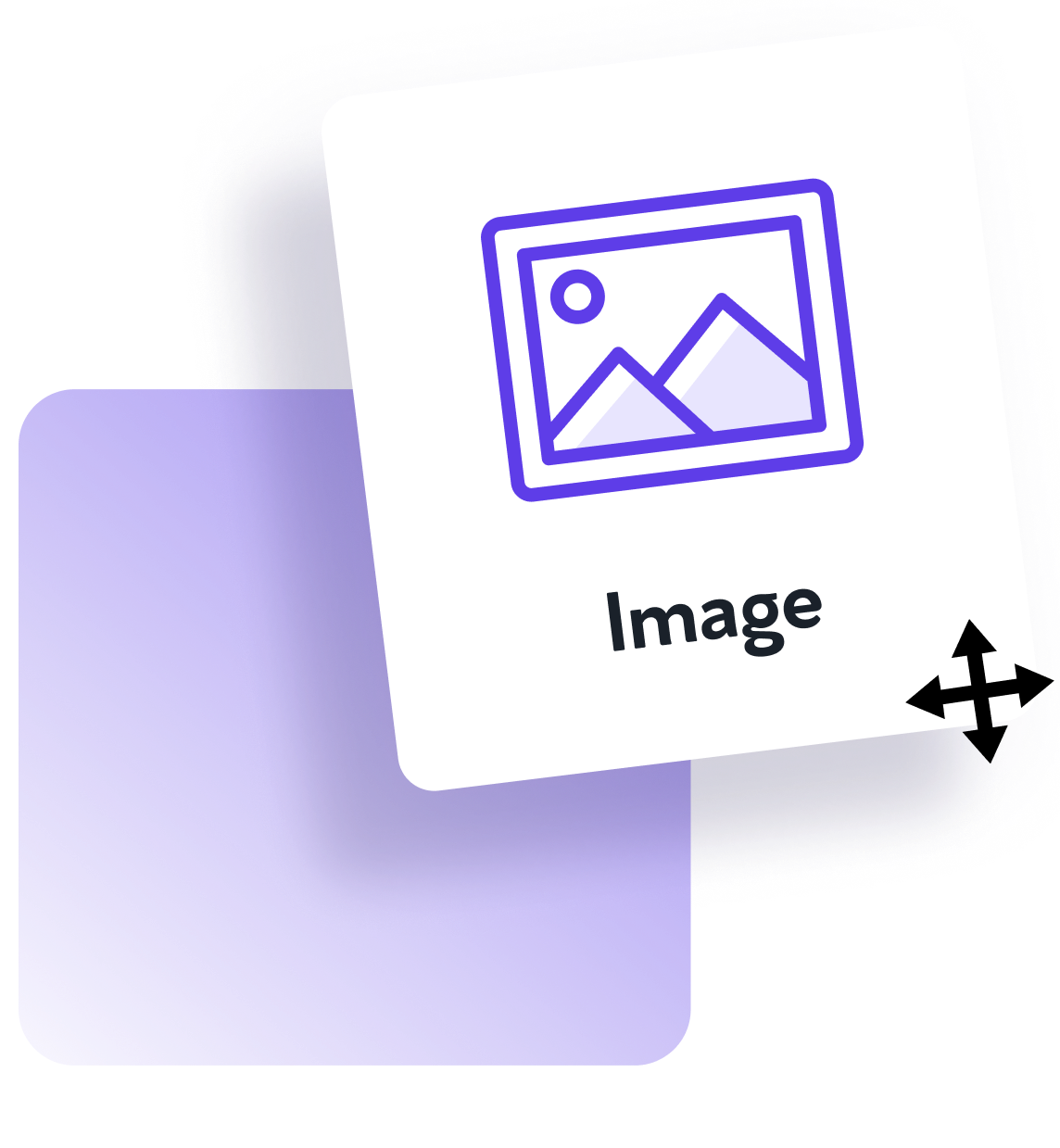 Make the most of your store’s limited-time deals
Add a countdown timer to your custom store page today. See all avialable drag-and-drop elements in Shogun’s Elements library.
See the elements

The same principle is at work when you bundle sales. Customers like the idea of bargain-hunting and landing on an exclusive offer. When you do offer bundle sales, consider the following:

Amazon Prime day is earlier than usual this year, which gives you less time to prepare. But if you do prep, you may just find a positive spike in your retail traffic when Prime Day hits!

Kaleigh Moore is a freelance writer specializing in ecommerce content. She also contributes to publications like Forbes and Vogue Business on topics around fashion and retail. 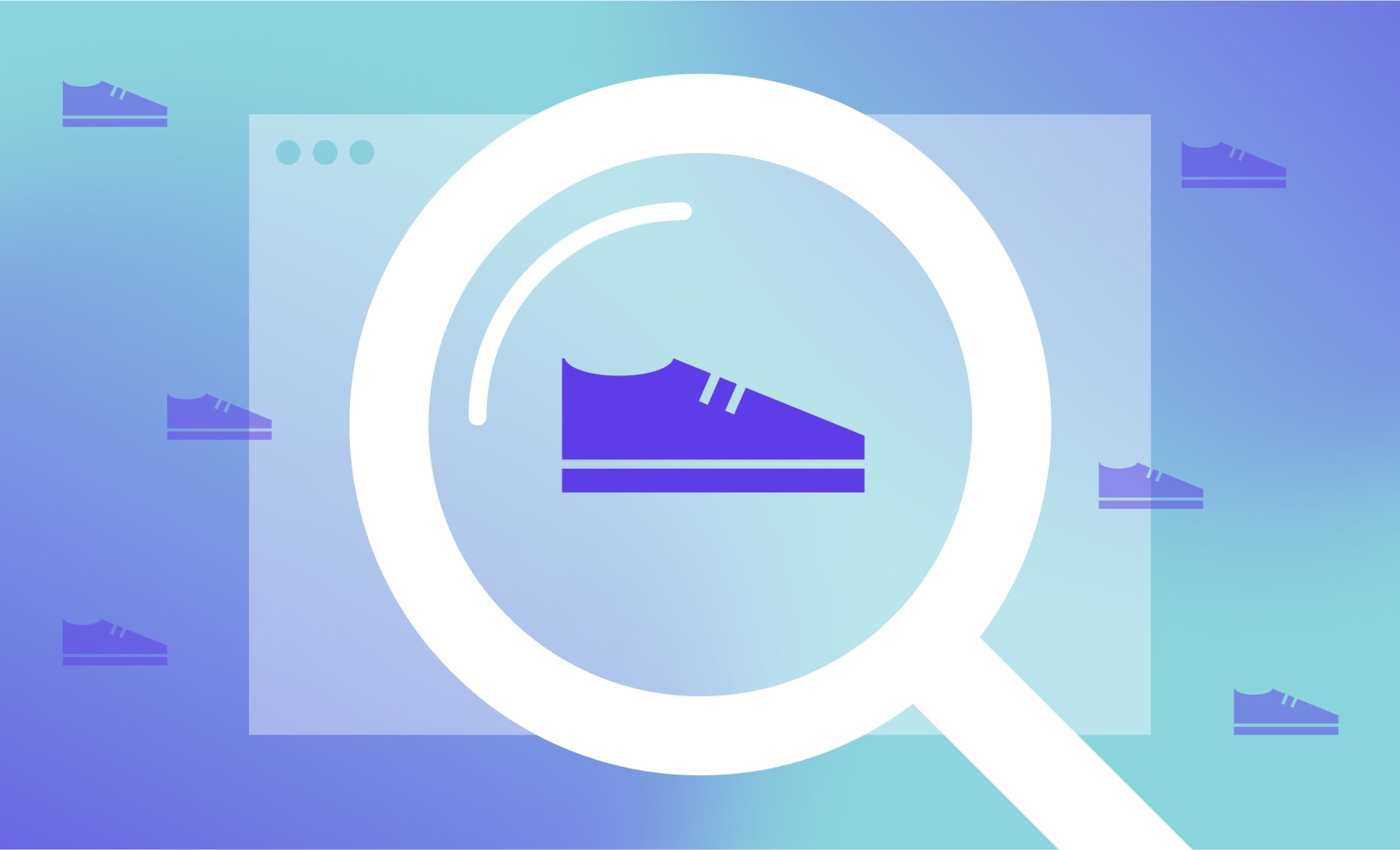 Shopify SEO Guide: How to Drive Free Traffic to Your Store 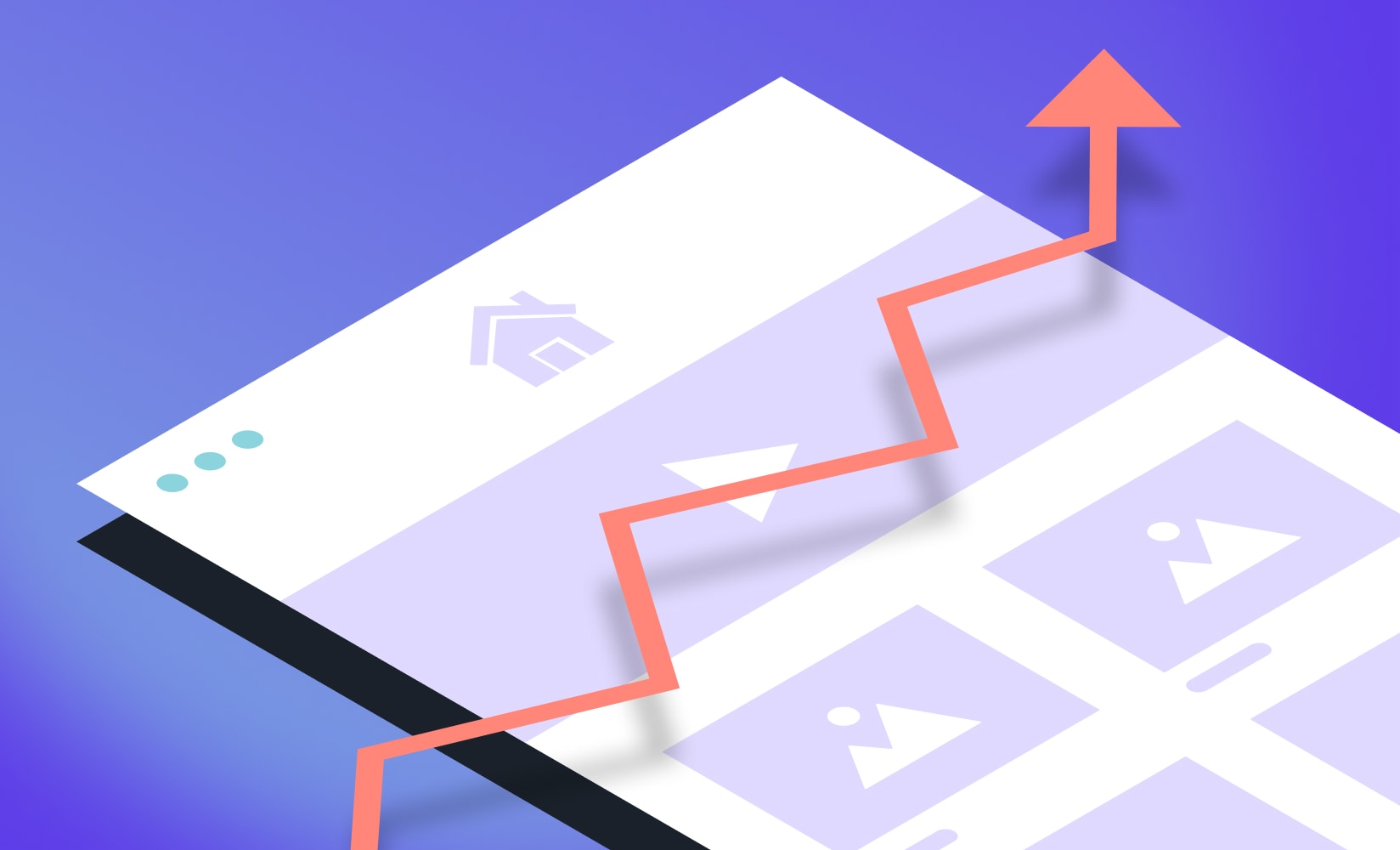 How to Edit Your Shopify Homepage For Better Conversions (+ Examples) 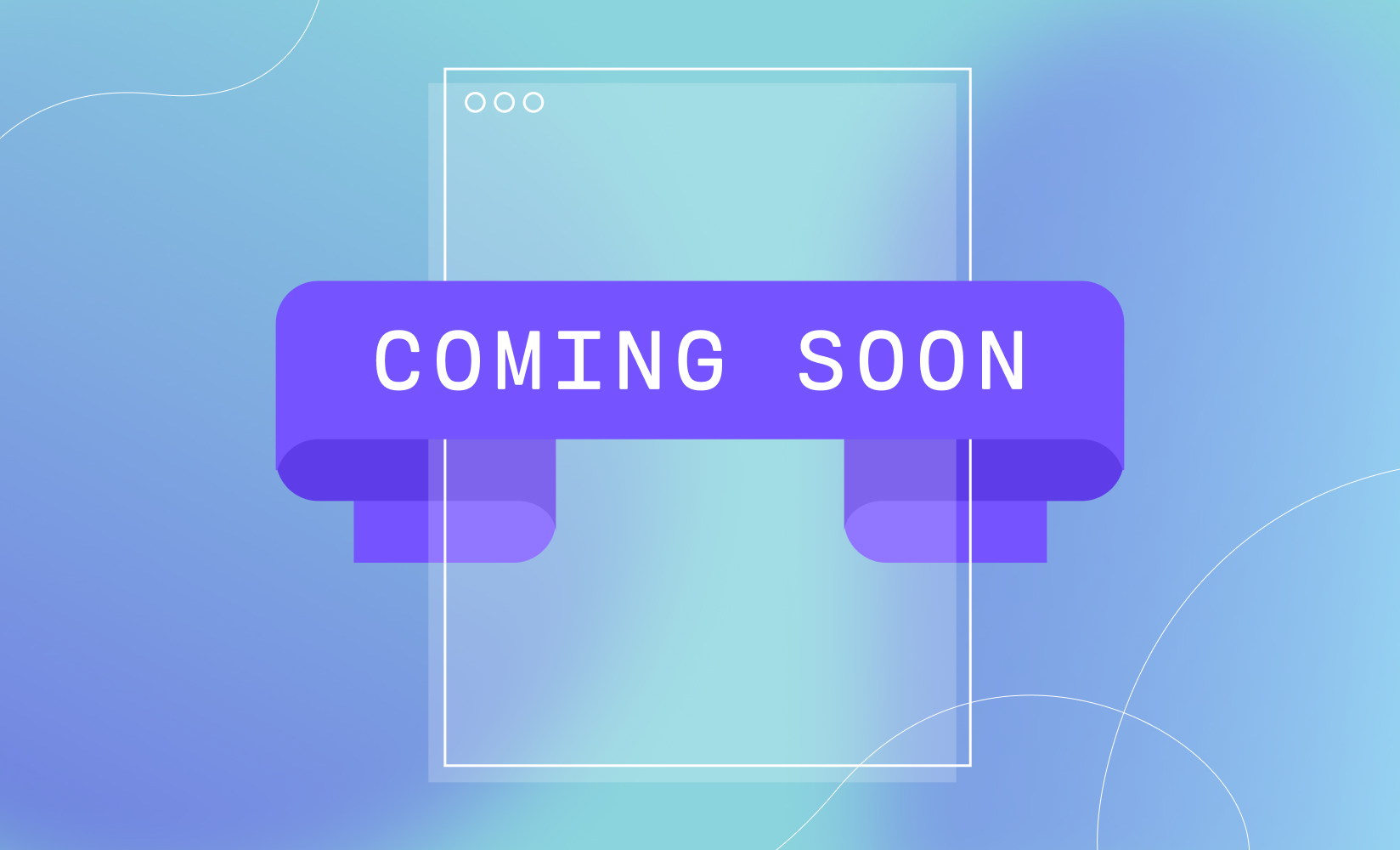 How to Create a Shopify Coming Soon Page (+ Great Examples)

How to Sell Online
Conversion Optimization